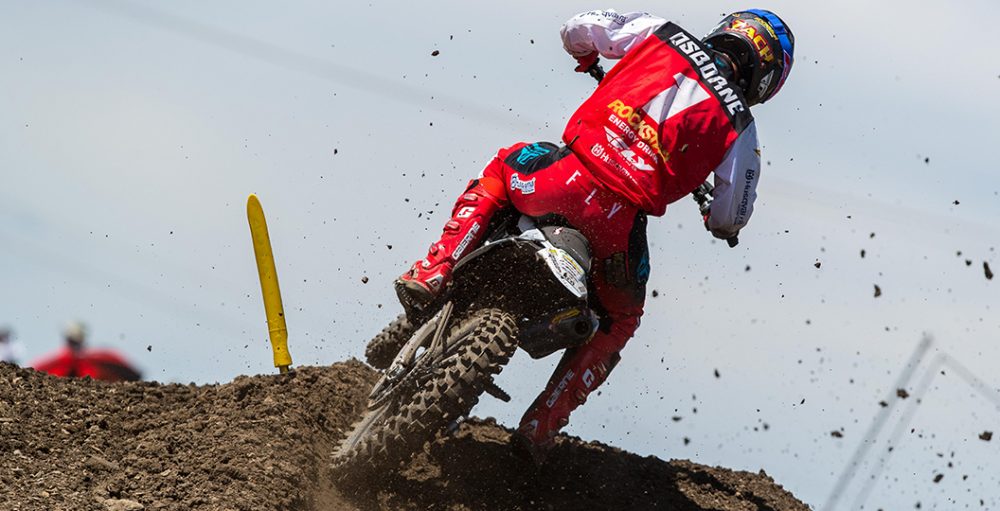 The Rockstar Energy Husqvarna Factory Racing Team announced today that reigning 450MX Champion Zach Osborne will miss the remainder of the 2021 AMA Pro Motocross Championship in order to fully recover from an ongoing back injury.

Osborne, who sustained the back injury mid-way through the 2021 AMA Supercross Championship, worked hard to get himself ready for the opening round of the outdoor season but he unfortunately re-injured himself at the second round in Colorado. Upon further review with the team, Osborne made the tough decision to sit out the rest of the season to fully recover for 2022.

Zach Osborne: “I’m bummed to say the least. This injury has been a big setback with no clear path to 100% but I feel I’m on a good path now and I just need to give my body the time to heal itself. Myself, along with the team, made the decision to pull the plug and be ready for 2022. It was a tough decision in an already-trying year but I believe I can be back to 2020 form with this time away to heal up. Thanks to my team and fans for the support through this!”

Stephen Westfall (Rockstar Energy Husqvarna Factory Racing Team Manager): “Zach had a back issue during SX that put him out for some time and with a lot of rehab, he was back to 100%. Unfortunately, he re-injured it during the second practice at Thunder Valley and we decided as a team that it was best for him to sit out the rest of the MX season to be 100% ready for next year’s SX season. We know he will do the best and proper things to be there! The whole Rockstar Energy Husqvarna Factory Racing Team wishes him the best.”