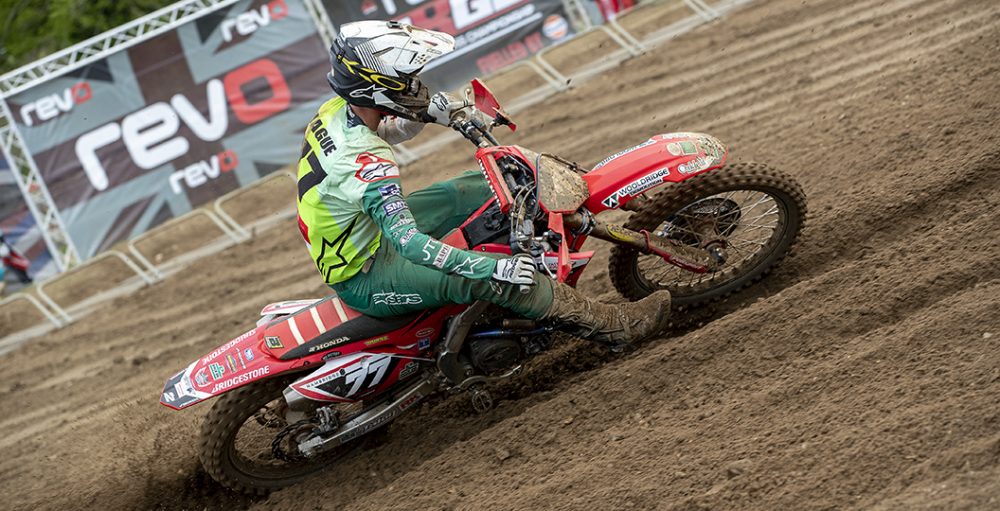 Tommy Searle, the reigning MX1 champion in the Michelin MX Nationals, has already given up a chance at retaining the number one plate, as he withdrew from the opening round at FatCat in Doncaster. Searle has been dealing with a mystery illness that has just zapped him of all energy – not ideal on a track as demanding as FatCat. Searle confirmed that he was out of round one with the following statement on social media.

“No bueno today I managed a lap in qualifying that was fast enough for pole but twelfth in the first race of @MXNationalsUK and decided not to race the second race and tomorrow’s races. I just feel horrendous with some sort of illness and don’t want to make matters worse or risk making a mistake and ruining rest of the season wobbling about like I was. A couple days to recover and I’ll be sound! Sorry to the @HondaRacingMX boys and the team’s sponsors.”

The Michelin MX Nationals is a six-round series, so even if Searle can return to form it is unlikely that he will claw back such a large amount of points. Searle is the current MX1 leader in the Revo ACU British Championship, fuelled by Gulf Race Fuels, and the next round of that series is this coming weekend. It is likely that he will be ready to race. The MX2 rider on Crendon Fastrack Honda, Jay Hague, is more of a question mark, as he is dealing with painful ribs (that are not broken) after a crash at the same Michelin MX Nationals event

“I was lucky enough to get no serious injuries but I’ve got an injury to my ribs and a really nasty graze. It’s hard to move around myself at the moment as I’m that sore, but with plenty of rest this week I hope to be back racing at the weekend.”

The third Crendon Fastrack Honda rider, Jake Nicholls, is now dealing with a fractured shoulder blade. An injury that was only just identified, one month on from the initial crash. Getting back on the bike in four weeks appears to be his goal.