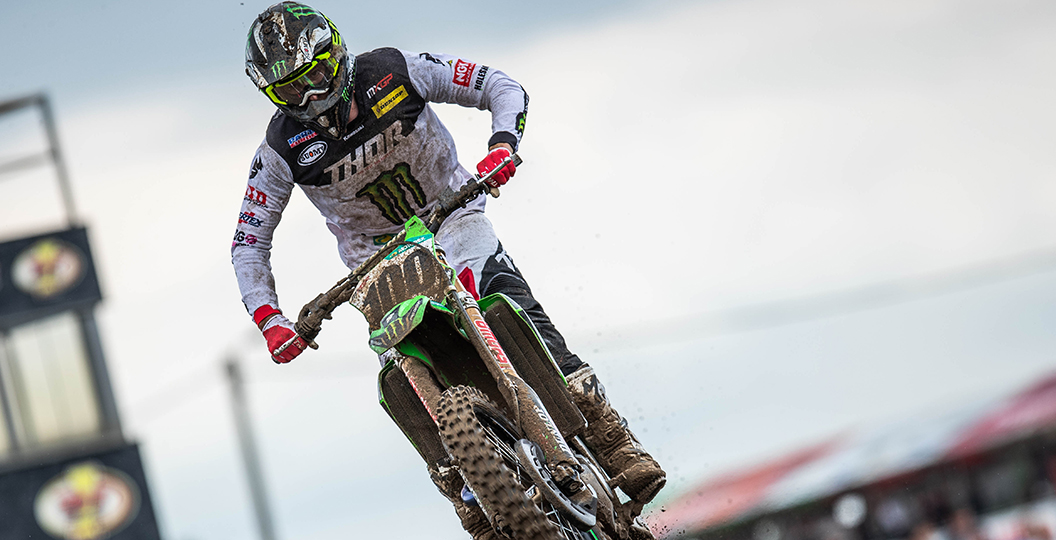 Tommy Searle has not had much luck lately. There was the rib injury that occurred when he first started testing with Monster Energy KRT, then he crashed in the second moto at the Grand Prix of Czechia and was left beaten up. Tackling the bottomless sand of Lommel was always going to be difficult, bearing all of that in mind, and after free practice the decision was made to bow out of the event and turn attention to the Grand Prix of Italy in two weeks. The ribs and hand should be in much better shape at that point.

Stay tuned to MX Vice for more on this later in the weekend.