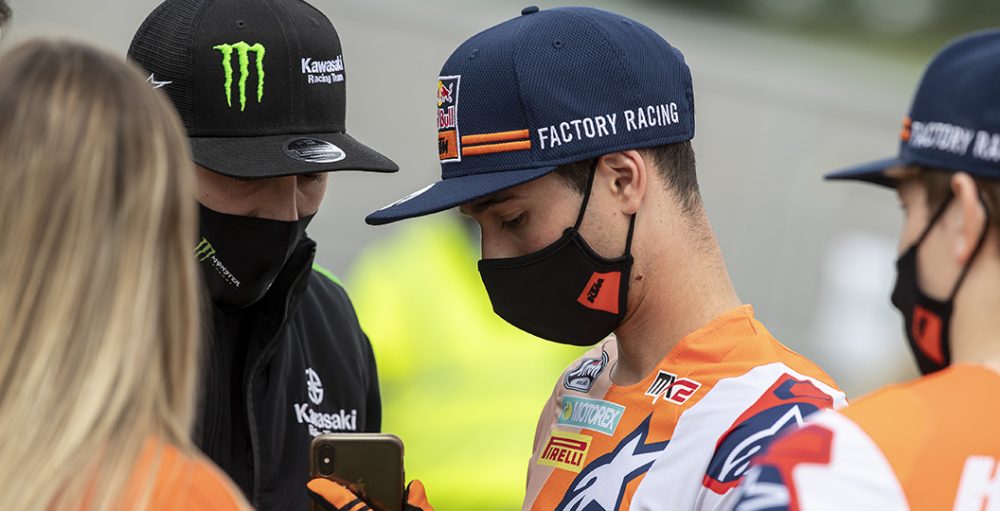 Red Bull KTM Factory Racing’s Tom Vialle, who suffered a microfracture in his hand on the Thursday before the Grand Prix of Great Britain, will return to racing at the third round of the 2021 FIM Motocross World Championship this weekend. Vialle has confirmed via social media that he tried to ride earlier this week and things went rather well – there appears to be no doubt that he will race on Sunday. The excerpt from his social media is below.

“Omw [on my way] to Italy. My hand recovered pretty well this week and after trying the bike today I feel able to ride on Sunday. Let’s see what we can do.”

Vialle swept both motos at the first round of the current campaign, the Grand Prix of Russia, but obviously did not score a single point in Great Britain. Eighth is his ranking in the championship standings heading into Maggiora on Sunday, but just 29 points separate him from the series leader, Ruben Fernandez, with 16 rounds left to run.