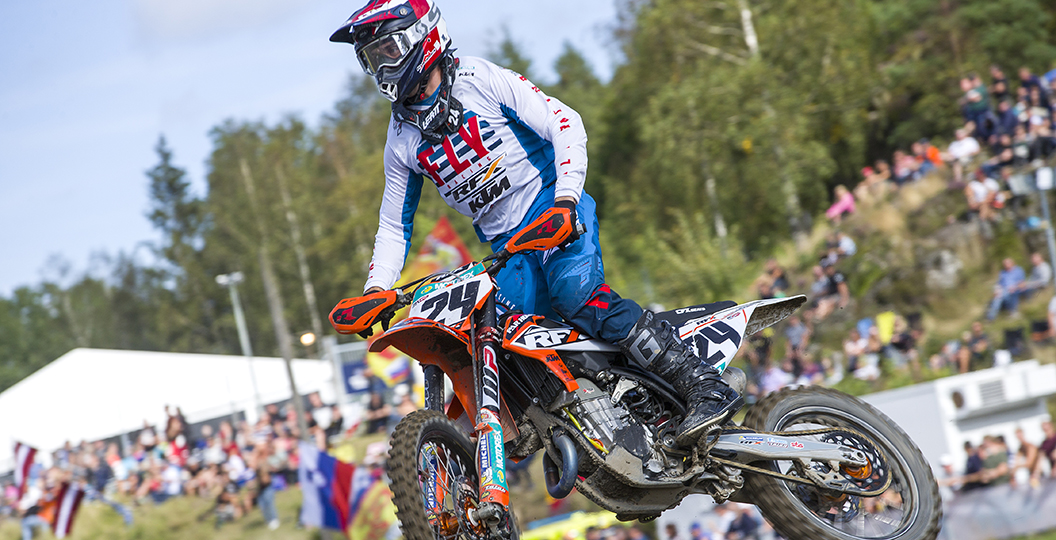 It was just over two weeks ago that Team Great Britain for the 2019 Motocross of Nations was announced. Max Anstie (MXGP), Ben Watson (MX2) and Shaun Simpson (Open) were set to tackle the sand of Assen and potentially fight for the victory. It definitely wasn’t out of the question! Anstie then travelled over to the hospital with a pneumothorax at the Grand Prix of Italy, an injury that will rule him out of the event, and Watson had a season-ending crash the next day, which resulted in a broken radius.

There all kinds of question marks hovering over the British team now, as two replacement riders are required. Adam Sterry has already confirmed exclusively to MX Vice that he will be on the team. The only problem is that he doesn’t know what bike he will be riding yet. “Either way, barring no injuries, I’m on the team,” Sterry said at the recent Grand Prix of Sweden. “It’s not official, but I can start making progress for that. That I’m really happy about. I don’t know what bike I’ll be riding, but hopefully a 250 as that’s what I’ve been riding all year and I’ve got a good bike. We’ll see what he decides.”

When will Team Great Britain be confirmed? There is no rush now, of course, as in theory a line-up has been declared by the deadline. The following statement was shared on the official Team GB page, confirming that an updated squad will be outlined in two weeks.

“Max Anstie and Ben Watson having to bow out of this year’s MXiN on advice of doctors is a blow but thankfully with the depth we have to pick from we will still have a strong team! The final team line-up will be announced in two weeks. Heal up well Max and Ben, thanks for the support of Team GB.”