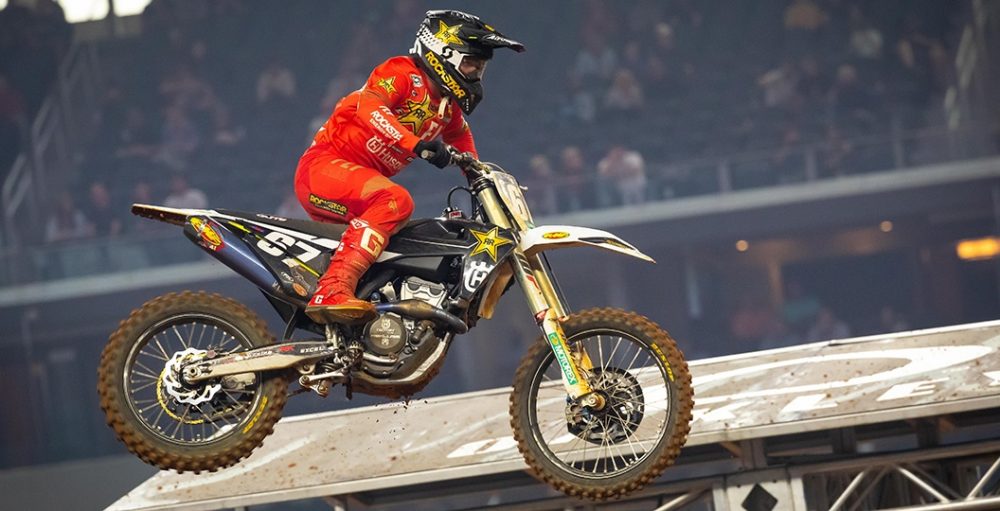 Rockstar Energy Husqvarna Factory Racing has had a tricky term in 2021 Monster Energy Supercross, with all but one of their riders having missed a round due to injury. Stilez Robertson was the latest Husqvarna-mounted rider to miss a main, as he was unable to race despite qualifying at Arlington 2 on Tuesday night. It’s unclear just how serious the injury that Robertson suffered is, but the following statement was released by the manufacturer.

“It was an unfortunate ending to the day for Daytona runner-up Stilez Robertson, who made it through qualifying and his heat race before ending his night early due to a foot injury.  In 250SX heat one, Robertson grabbed a sixth-place start and he raced in that position until two laps to go when he overtook fifth. Although he secured a fifth-place transfer position, Robertson was unable to line up for the main event due to a foot injury sustained earlier in the day.”

It has been reported that Robertson actually sustained the injury due to contact with another rider, which would be a tough pill to swallow. Updates on Robertson’s condition will be published in due course. There’s not too long to recover, as the next round of 2021 Monster Energy Supercross will be run on Saturday. The good news is that, no matter how the rest of the term pans out, Robertson already made quite the statement by leading laps and landing on the podium in just his second indoor event.