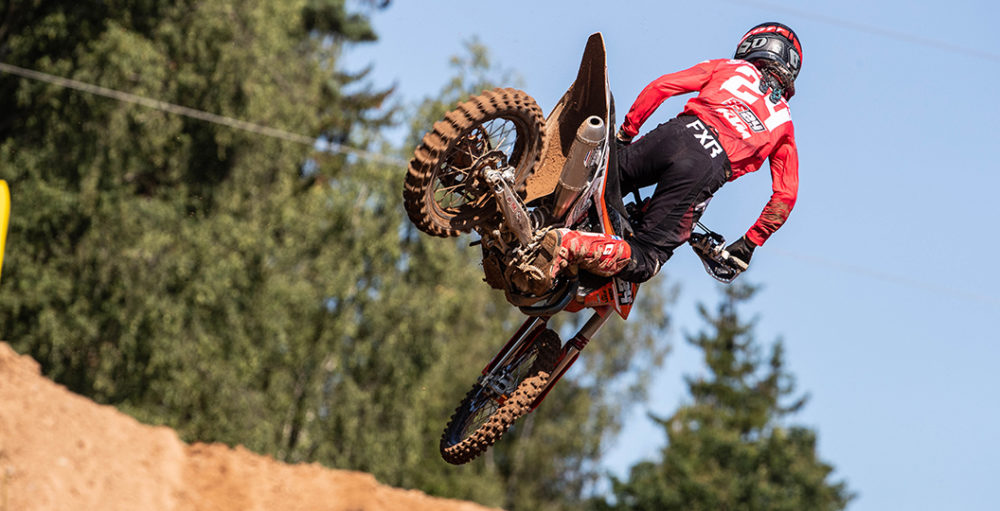 Fans have been desperate for answers, after Shaun Simpson crashed out of the second premier-class encounter at the Grand Prix of Latvia yesterday. Simpson has now released the following statement on his website, ShaunSimpson.com, which confirms that he will miss the next Latvian events. #24 is already en route back to his base for further evaluation.

“I hit the side bank at an awkward angle in the second moto crash and suffered a big blow to my back but I also knocked my upper body and neck. I woke up stiff and sore this morning but also worried about a few aches internally. We had a talk about what to do and with the next Grand Prix in two days I don’t think I could so myself or the team justice just to be trundling around outside the points. I need to get checked-out, and it means there is no time to be ready how I’d like to be for the next race. I’ve gone to the gate injured and in pain before in my career but this feels different. I know myself and my body by now to know that I wouldn’t be competitive and MXGP is the toughest I’ve ever seen it. Making even the top-ten now is a good result.”

“Obviously ‘gutted’ doesn’t come close to describing how I’m feeling. I’m also disappointed and angry. I feel bad for our sponsors but I’m hopeful that MXGP will move onto the step of the calendar and we can come back in a good way. There are some excellent tracks for us ahead and my focus now has to be reaching 100% again.”

After failing to put points on the board at the Grand Prix of Latvia, Simpson has dropped to sixteenth in the championship standings. The Turkish Grand Prix, which is still slated to go ahead, will be his focus now.