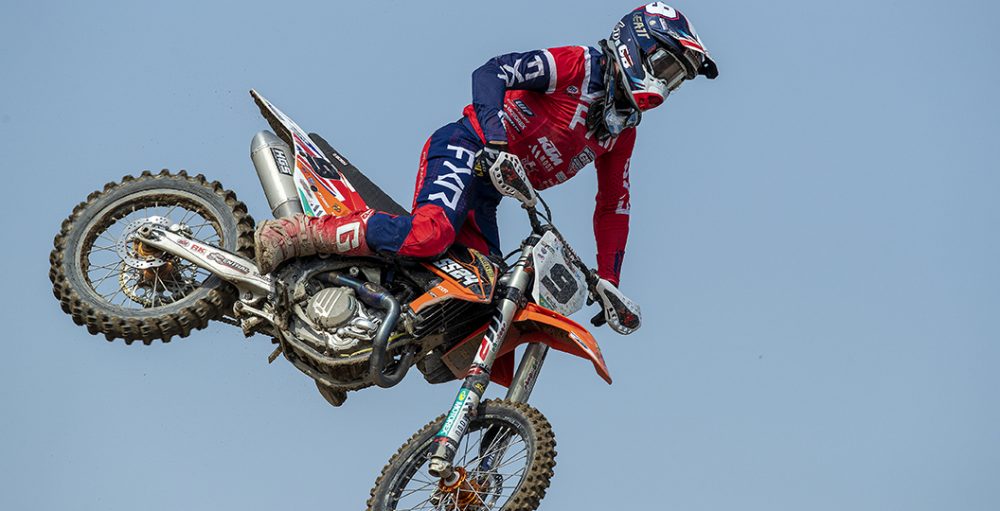 Team Great Britain got off to one heck of a start at the 2021 Motocross of Nations, as Ben Watson led the first nine laps of the MXGP qualifying heat and Conrad Mewse set the fastest time in MX2. Shaun Simpson had a tougher start to proceedings, however, as a wayward rider caused him to crash on lap one of the qualifying heat and sustained a thumb injury. MX Vice can confirm that Simpson tore a ligament in his thumb, but he will go for it on track tomorrow. The following statement was shared on social media.

“DAY ONE DONE. P4 for Team GB heading into tomorrow’s races! @BenWatsonMX & @ConradMewse426 killed it while I had a bit of a mare hitting the gate then landing on another bike first lap. My thumb is a bit torn up but we’ll strap her up and get to work.”

The worst result was dropped from each nation’s scorecard today, in order to determine the qualifying order. Team Great Britain qualified fourth, thanks to a second from Watson and third from Mewse, and were just a single point from pole position. It will be most interesting to see what strategic manoeuvres are made tomorrow, as one could argue that giving the inside to Mewse in moto one and Watson in moto three would be beneficial now.