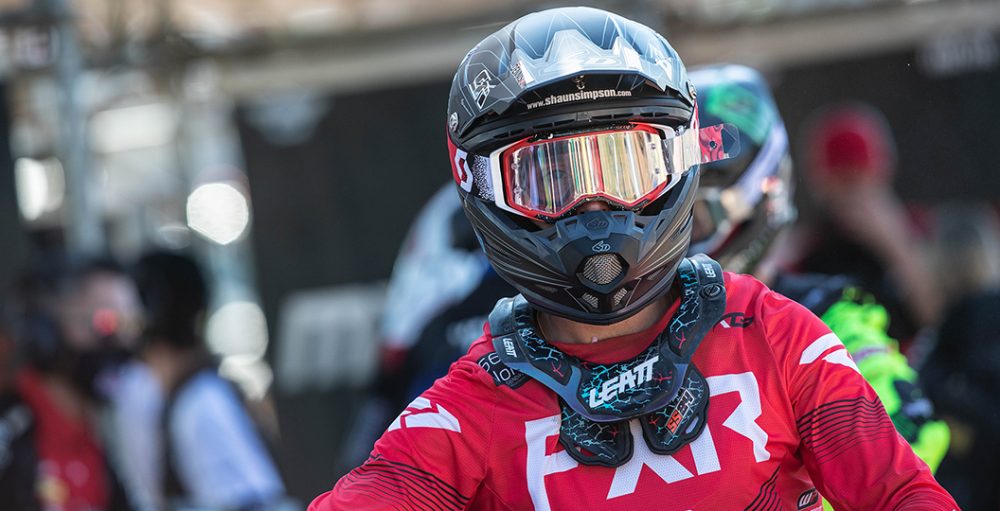 There will not be a single British rider in the premier class at round six of the 2020 FIM Motocross World Championship, as Shaun Simpson has joined Adam Sterry on the sidelines. Official communication from the SS24 team can be found below.

Shaun is still suffering from the effects of two early-season crashes and will not participate in the Grands Prix of Italy, Citta di Faenza and Emilia Romagna at the Faenza circuit this week.

The SS24 KTM MXGP rider and team principal has had to make the tough decision to sit out the second ‘triple header’ of the 2020 MXGP campaign in the wake of his first moto fall in Latvia in August. The Scot has been carefully working his way back to fitness from a back and neck problem after the accident at Kegums. He had to make the difficult call on whether to race in Italy in the wake of a training moto where he clearly felt not prepared to go up against the best of the MXGP class and push for maximum FIM Motocross World Championship points.

Shaun is hoping two extra weeks will make the difference and he’ll be able to attempt the ninth, tenth and eleventh rounds of the series (again taking place in the space of one week, again in Italy but in the confines of the Mantova sand) in late September.

“It’s disappointing to share this news but I’ve been doing all I can to be fit after we had to withdraw from the GPs in Latvia and I’m still not right,” he said. “I cannot react as quickly or as naturally on the bike as I want, and I know I’d be at a big disadvantage in MXGP at the moment. The only solution is to continue working and waiting. It’s such a shame to miss so many chances to race in one week and for the damage that it’s doing to my points total in the championship but I’m faced without much of a choice at the moment. We had a great Grand Prix in Holland earlier in the year where we showed we can still run top five in the world and that’s the goal to aim towards again. A big, big thanks to my sponsors and all the fans out there: I’m sorry I’m not on track yet but I’m desperate to be back as soon as possible.”