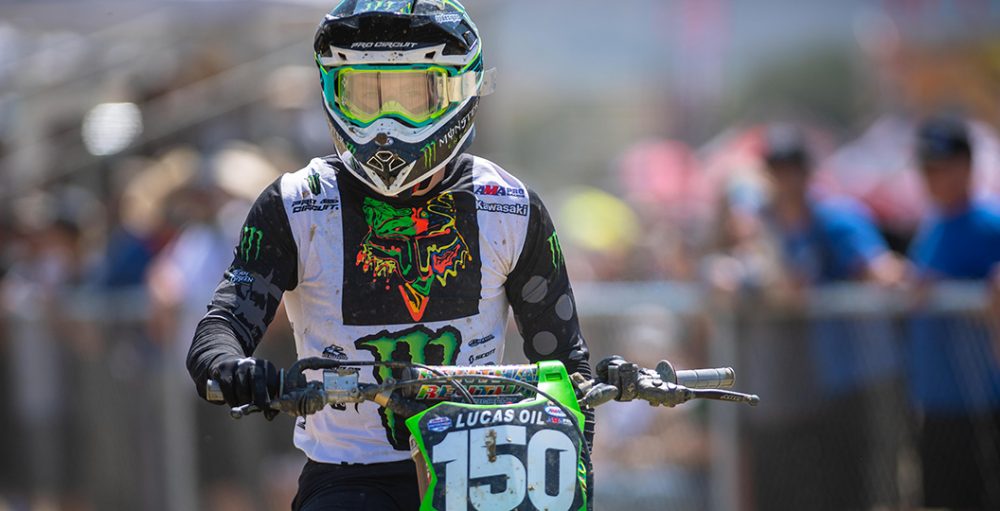 Monster Energy Pro Circuit Kawasaki just confirmed that Seth Hammaker will return to racing at round eight of 2021 Lucas Oil Pro Motocross, Unadilla, this weekend. Hammaker has been missing since the season opener with an unspecified illness. The plan was never to miss six rounds of competition, as it was originally stated that he would be back for the third round at High Point and then he wanted to return at RedBud. The return date was pushed further back with each week that passed.

Now, he’ll join his Kawasaki teammates Austin Forkner and Jo Shimoda on track in 250MX. Hammaker is not the most transparent character and thus details of his recovery have been kept under wraps. It remains to be seen if he is entering with a full head of steam or behind the eight ball. Hammaker went 11-23 in his only Pro Motocross appearance this season; the second moto was a result of this illness. It’s worth noting that he also fought with the Epstein Barr virus last summer.

Hammaker was able to experience success in his rookie 250SX term. After standing on the podium at three of the nine rounds, including his maiden victory at Arlington 1, he secured fourth in the championship standings. 34 points separated him the eventual 250SX West champion, Justin Cooper.