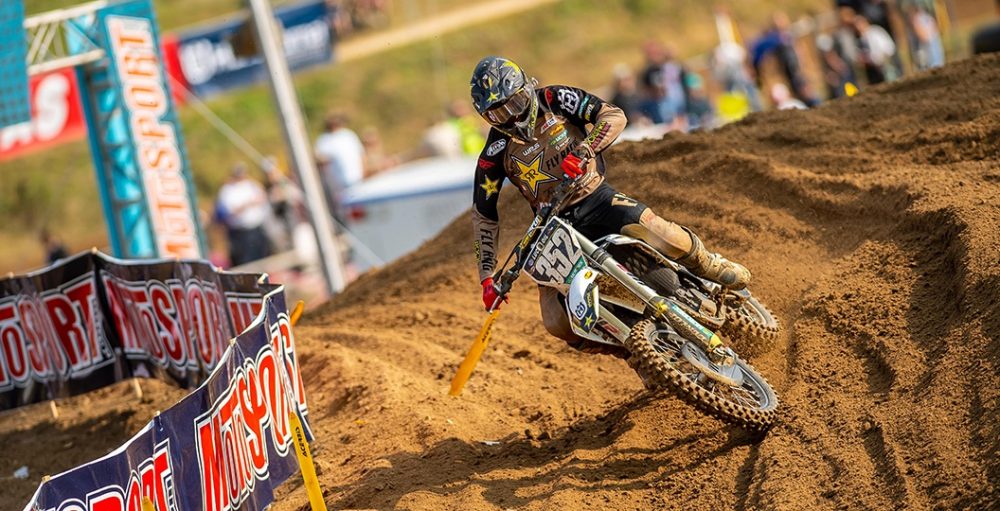 Presented by Even Strokes: Even Strokes, the newest arrival in tgyhe e-commerce game, can cater to all your needs with a range of offers on Talon, Fox, Yoko, OneGripper, Alpinestars, Renthal, Motorex and more! Be sure to visit www.evenstrokes.com before your next ride. No matter what you ride or where you ride, Even Strokes has you covered. Use the code MXVICE for 15% off of your order, no matter what that is. Making motocross affordable.

Rockstar Energy Husqvarna Factory Racing had a tricky day at the sixth round of 2020 Lucas Oil Pro Motocross – Zach Osborne endured freak issues in 450MX and the 250SX side of the team fought through injuries. Swoll’s day started on a poor note, as a problem with his forks forced him to withdraw from moto one prematurely. The second moto did not go much better, as his shoulder popped out on lap two and then immediately went back in. Remarkably, he continued and salvaged an eighteenth.

“It was kind of one thing after another today,” Swoll said. “I went into the first moto with a good start and a decent pace but I had a freak accident and broke my forks. I came into the second moto with 38th gate pick and I had a decent start but I ended up pulling my shoulder out on the second lap. It’s frustrating but we’ll get healed up and be ready to fight on home base.“


Swoll’s teammate, rookie Stilez Robertson, did not actually make it to the motos, as he fell in the timed qualifying session and hit his head. Although he was not able to compete at Millville, his status for the seventh stop at WW Motocross Park has not yet been confirmed.