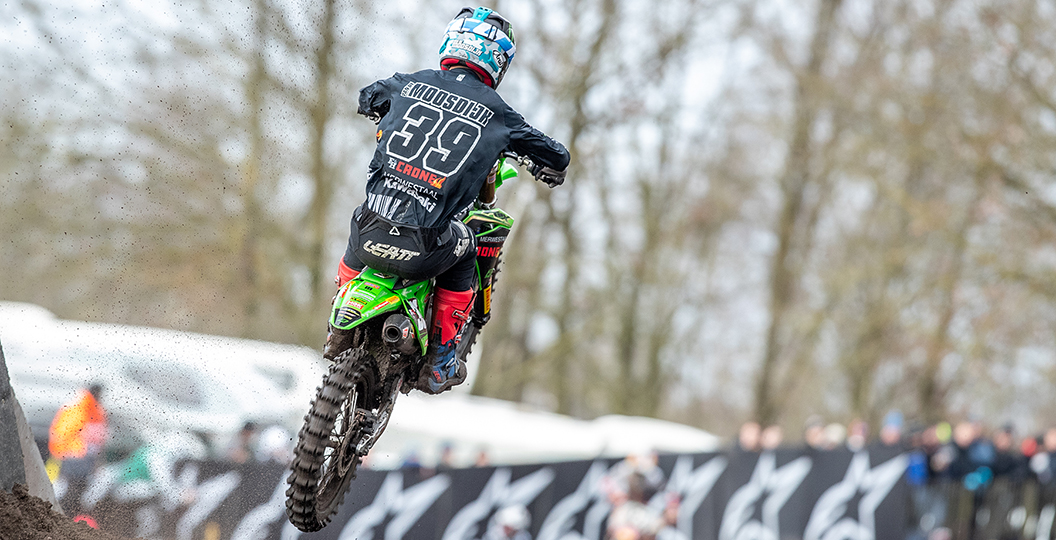 It didn’t take long for more information on Roan Van De Moosdijk rider to drop through! The F&H Racing Kawasaki MX2 just confirmed that he has broken his ankle via the following statement. There is no timeline on his recovery.

“Hi guys, unfortunately I broke my ankle yesterday halfway the first moto while I was riding solid in sixth. I didn’t crash, just hit the ground really hard and my ankle twisted. Still managed to finish in twelfth place but as I came over the line I straight away felt something was not right. I already got operated yesterday night and I will update more when I have my second check-up next week. Thank you @FHRacingTeam for the support.”

Fans were baffled when Roan Van De Moosdijk dropped from sixth to twelfth at the end of the first moto at the Grand Prix of The Netherlands, round two of the 2020 FIM Motocross World Championship. It has now become apparent that he caught his ankle in one of the lengthy ruts and was in immense pain. That also explains why he didn’t partake in the final encounter at his home event. Kawasaki Racing released the following information.

“The Dutch teenager did not disappoint them as he advanced decisively from ninth to sixth during the first half of the opening moto and had his sights on third until he turned an ankle in one of the numerous deep ruts which had developed in the wake of several weeks of rain. He defied the pain to complete the race in twelfth position but was unable to start the second moto as he was taken to the local hospital for a detailed evaluation of the injury.”

It remains to be seen whether Van De Moosdijk will be fit to race at the Grand Prix of Patagonia-Argentina in two weeks. After failing to score points in moto two at Valkenswaard, Moosdijk now sits twelfth in the MX2 championship standings.