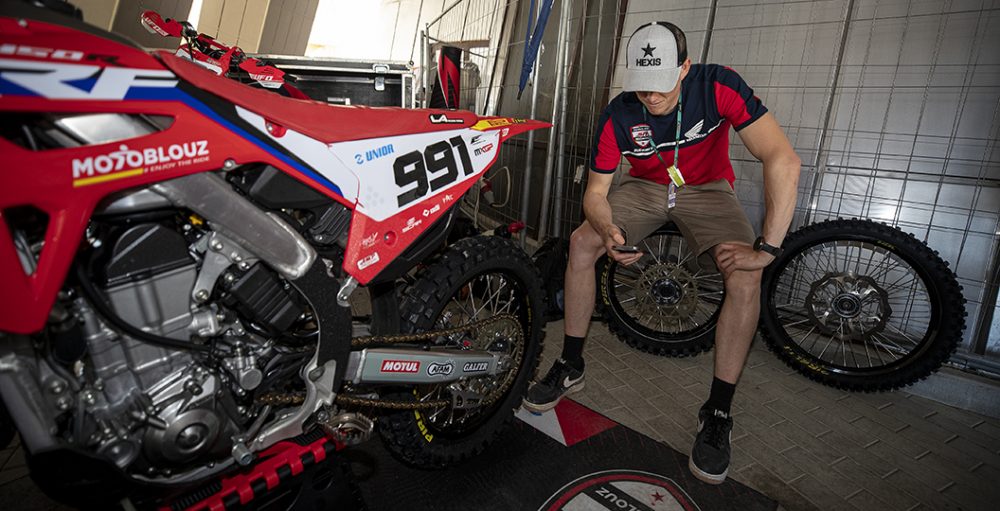 There will be one less Watson brother on the starting line at the Grand Prix of Czechia this weekend, as Nathan Watson is taking a break from the 2021 FIM Motocross World Championship. Watson, who has not been able to show his true potential through the first four rounds, reportedly asked the team to take a break. Honda SR Motoblouz made that announcement via the excerpt below.

“Team Honda SR Motoblouz will be at Loket this weekend, and for the first time in its history one bike of the team will have the red plate in a European championship. Thanks to Nicolas Dercourt who is leading the series after two rounds. He will be alone under the awning, as Nathan Watson asked us to take a break after four disappointing GPs for him and us. Concerning Benoit Paturel who recovers slowly from COVID, he’s back training physically and the goal is to see him back racing in the French Championship at the end of August at Magescq.”

Watson did start his season with four points in Russia, which was a positive way to begin his stint with the French team. No points have followed though, which was especially puzzling in the sand of Oss. That is where he typically shines. With Benoit Paturel not set to return to Grand Prix racing until September, it is currently unknown whether there is a need for a fill-in rider. There is also no timeline on when Watson may return.