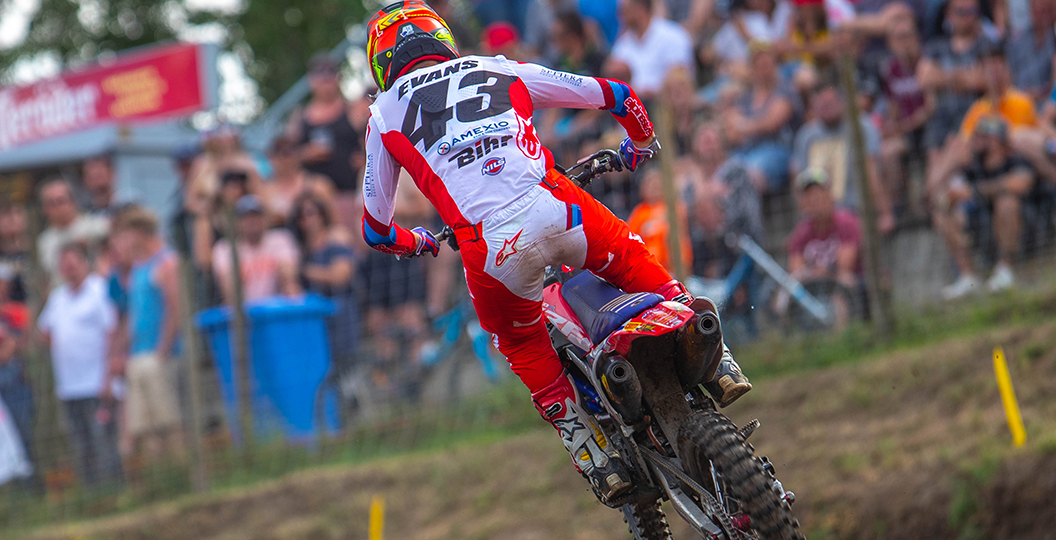 Positive news! Following further examinations earlier this week, Mitchell Evans has taken to social media to confirm that he will be okay and able to race at the next round of the 2019 FIM Motocross World Championship in Indonesia. The following statement was released.

“Hi all, apologies for the delayed update but I had scans done this week in Belgium on my lower back and have come back all clear! Thankfully no serious injuries, just beat up and bruised! Thanks to everyone for the messages! See you in Indonesia.”

Mitch Evans has had a turbulent time of it recently, with a handful of hard hits, but things did not get any easier at the Grand Prix of Germany. Evans crashed out of the first moto whilst pushing for a spot in the top three and never returned to the track. A statement from Honda 114 Motorsports’ Livia Lancelot later revealed that he went to the doctors for further examination on his back.

“Unfortunately, Mitch had a big crash in the first moto and did not start the second one due to lower back pain. We will make more exams this week and see when he can start riding again.”

It sounds like the fear is that he may have injured a vertebra that was damaged in an AUS-X Open crash a couple of years ago, hence why certain precautions are being taken. More news on his status for the Grand Prix of Indonesia, which will take place in less than two weeks, is expected in the coming days.