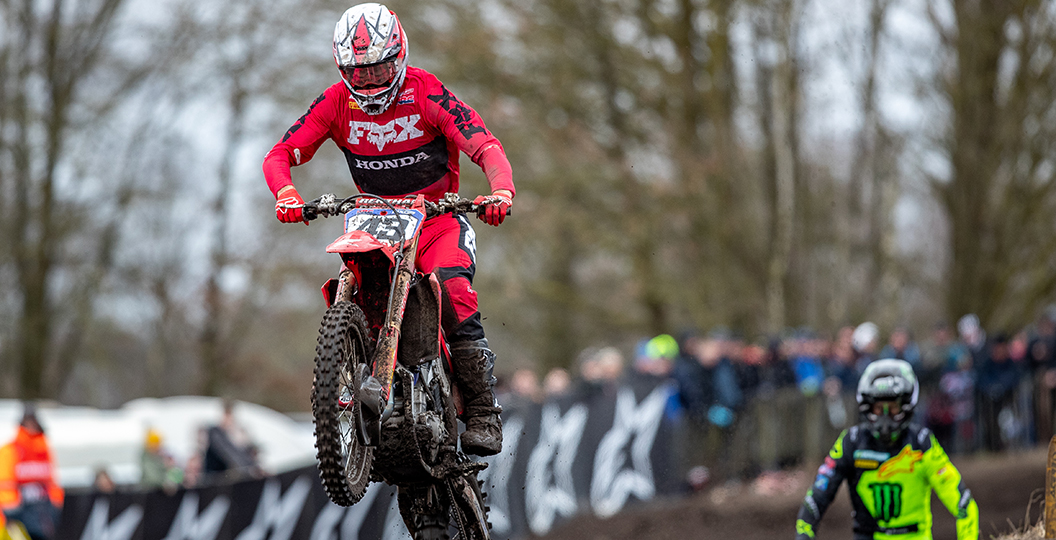 Mitch Evans’ momentum came crashing down at the Grand Prix of The Netherlands, the second round of the FIM Motocross World Championship. A crash in the first moto left him with a dislocated shoulder and obviously forced him to withdraw from the event. Evans confirmed the news in a statement via Team HRC. The injury is also discussed at length in an MX Vice post-race podcast.

“Really disappointed to be leaving here with my arm in a sling, without even managing to complete a lap. I got landed on by another rider in the downhill, which then sent me into a third rider and then I was thrown off the bike. I’ve never dislocated my shoulder before so it was quite painful but we got it put back in and now I have to have an MRI just to see exactly what damage there is. I’m hoping it won’t be too serious though and I’ll be back riding soon, and I’m already looking forward to getting back out there.”

The Grand Prix of Patagonia-Argentina is next on the schedule, and will obviously not be a realistic goal for Evans. There is then a month break, however, before the Grand Prix of Spain on April 18/19.