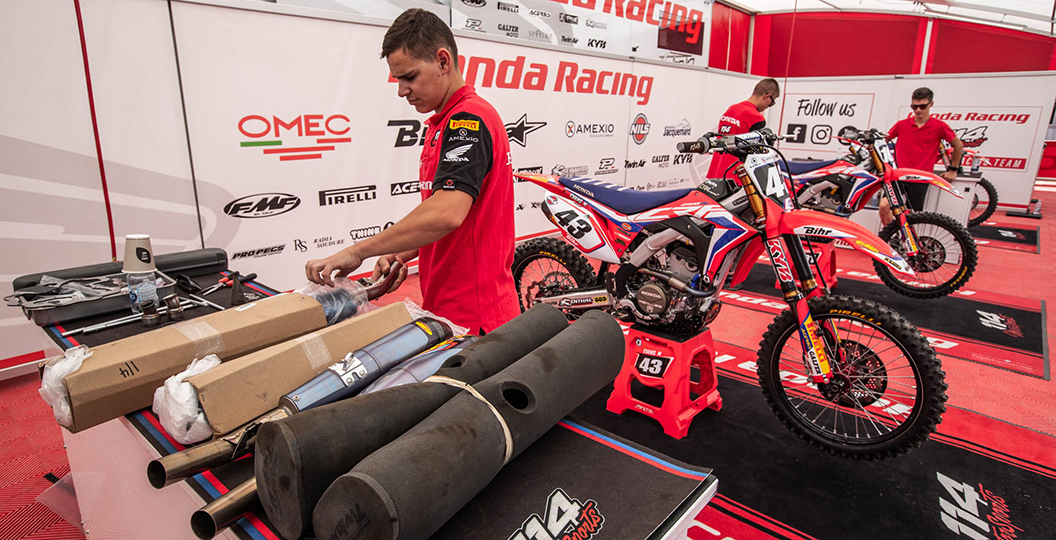 One day on from it being announced that Mitch Evans was out of the Grand Prix of Czechia, Honda 114 Motorsports have now confirmed that he will also miss the Belgian fixture this weekend. It is obviously a wise decision, as hitting Lommel at less than one hundred percent is simply insane. The news was announced via the following statement.

“Following much consideration, Mitch Evans will miss the MXGP of Belgium in an attempt to return to full fitness at the MXGP of Italy in a couple of weeks and ensure that he can end the season strong.”

Mitch Evans has really had a turbulent time of it in the month. A series of crashes at Kegums, Teutschenthal and Palembang left him battered and bruised and in need of a break, hence why he missed the previous Grand Prix in Asia. Evans then returned to racing at the Grand Prix of Czechia yesterday and hit the ground twice in qualifying, hence why it was decided that he would skip the motos today and continue to recover. The news was announced via the Honda 114 Motorsports social-media channels.

“@MitchEvans43 will miss the motos today, as he continues to recover from a series of crashes. The focus is now on Lommel!”

Skipping the two MX2 motos today will almost certainly cause Evans to drop to tenth in the championship standings. Honda 114 Motorsports will still be represented on track by Zach Pichon, who qualified in thirty-ninth after a hard crash in qualifying.