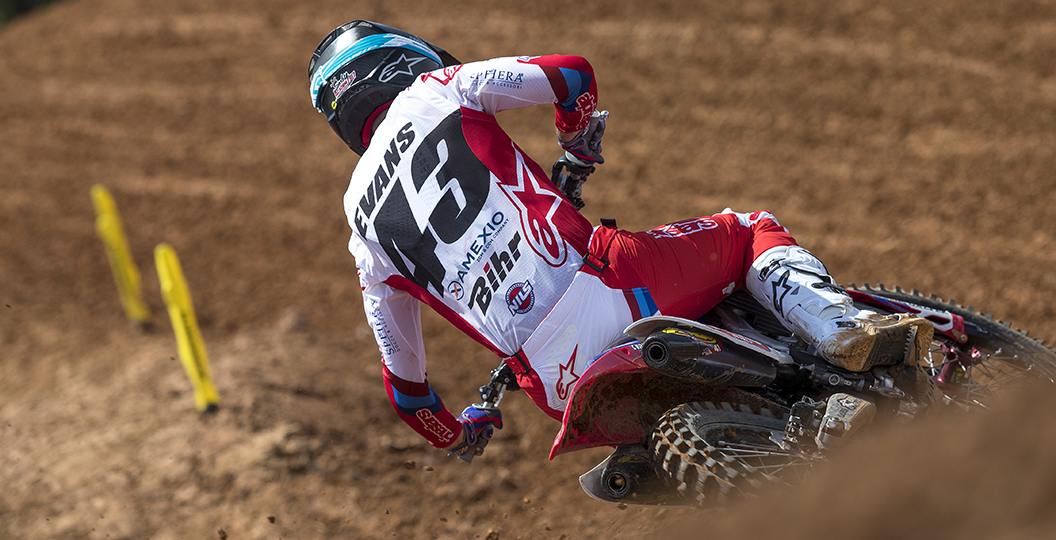 Mitch Evans withdrew from the eleventh round of the 2019 FIM Motocross World Championship prematurely, following a couple of hard hits in the first moto, but was confident that he would be able to give things another go at Semarang this weekend. Now though, MX Vice has learnt that Evans will skip the Grand Prix of Asia and turn his attention to the Czech event at the end of the month. Evans offered up the following information.

“Gutted to say that I won’t be racing at Semarang, especially after that qualifying race on Saturday. It obviously isn’t what we want but I know it is the right decision after four big crashes in three rounds. My body needs some time to heal! Now we are looking forward to getting back on it in Loket!”

Livia Lancelot echoed that sentiment with the following statement.

“We took the decision to not line up with Mitch this weekend. Unfortunately, since Latvia, he is struggling with too many crashes and hasn’t finished a race weekend. With heat like we have in Indonesia and his last crash in the first moto at Palembang, we believe it is better for him to rest and come back at one hundred percent for Loket. He doesn’t suffer from any particular injury, he is just really beaten up.”

Evans currently runs seventh in the MX2 championship standings, but is now in danger of losing spots to Adam Sterry and Bas Vaessen this weekend.