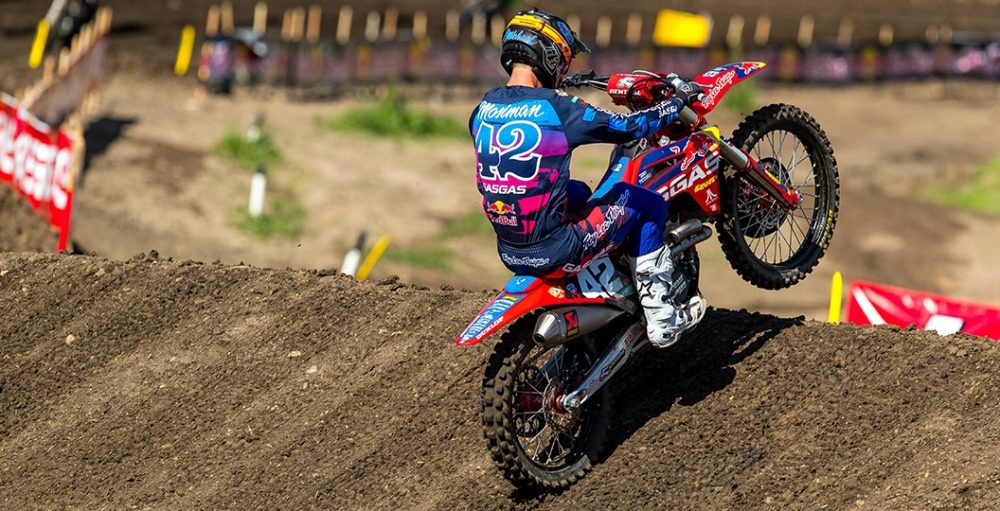 Michael Mosiman has arguably been the most underrated star in the 2021 Lucas Oil Pro Motocross series, as he has shown some flashes of brilliance and been inside of the top five in half of the 250MX motos. That momentum has come screeching to a halt now, as Troy Lee Designs Red Bull GASGAS Factory Racing just announced that Mosiman will miss High Point after a practice crash last week. There are no exact details, but it is thought that he is just banged up.

“Unfortunately, due to a practice crash last week, @MichaelMosiman42 will sit out from @HighPointMX this weekend. We are hoping to have him back and on the gas for RedBud in a couple weeks!”

Michael Mosiman sits tenth in the 250MX standings currently, a ranking that is not a true reflection of his speed thanks to a mechanical issue in moto one at the previous round. It is likely that he will lose two positions, at the very least, by the time that round three on Saturday has concluded. Troy Lee Designs Red Bull GASGAS Factory Racing will be represented by Justin Barcia (fourth in 450MX) and Pierce Brown (sixteenth in 250MX) tomorrow.