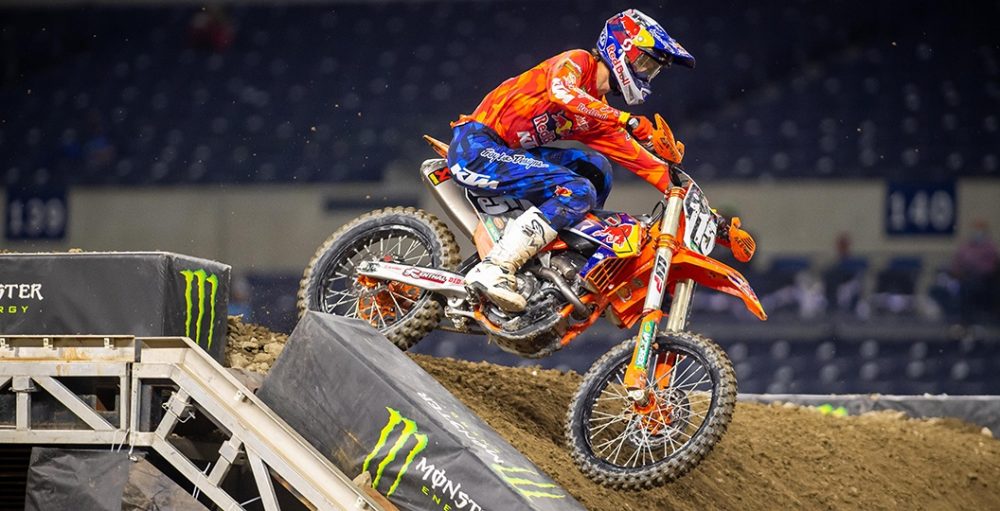 Max Vohland was one of the most pleasant surprises through three rounds of 2021 Monster Energy Supercross, as he silenced some of the pre-season naysayers. That progression and momentum came screeching to a halt in timed qualifying at round four, Indianapolis 1, on Saturday though, as he suffered a dislocated hip. Red Bull KTM Factory Racing released the following statement on his condition.

“Team rider Maximus Vohland was unable to line up for Saturday’s night program after suffering a practice crash earlier in the day. The rookie secured a strong seventh-place qualifying position in the 250SX East division before getting transported to the local hospital where doctors confirmed that he has sustained a dislocated hip. Fortunately for Vohland, the X-Ray showed no bone damage and doctors were able to perform a ‘closed reduction’ to put his hip back in place, allowing him to be released from hospital on Saturday evening.”

Max Vohland had a season-best finish of sixth at the round prior to Indianapolis 1. One would think that he would be out until 2021 Lucas Oil Pro Motocross at the earliest, which means Red Bull KTM will not be represented in 250SX. There are no other factory riders aboard the 250 SX-F.