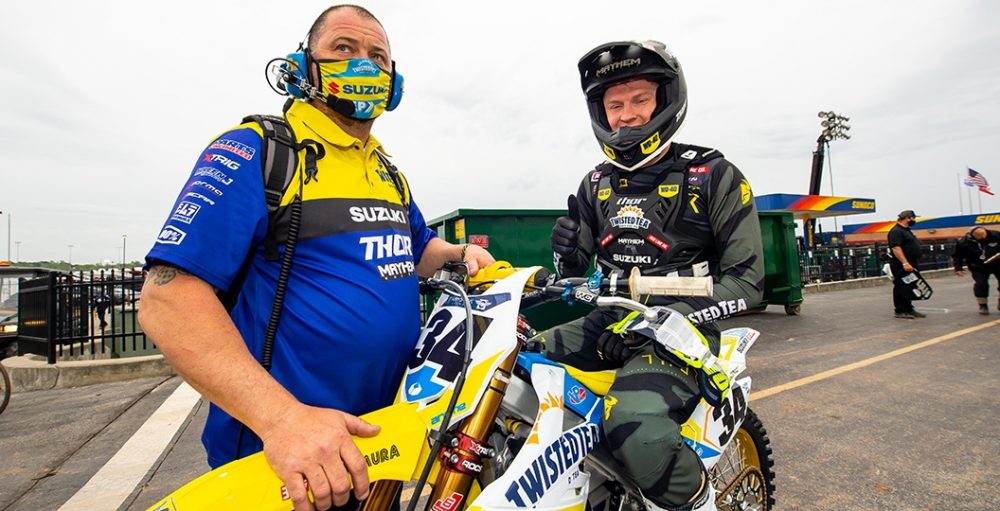 Max Anstie has spoken out for the first time since his crash at Atlanta 1 and confirmed that he is indeed okay, despite the vicious crash. Anstie’s social media statement is below, along with a video of the crash.

“Like Rocky says, ‘it’s not about how hard you can hit, it’s about how hard you can get hit and keep moving forward.’ The main event didn’t go to plan but after being checked out by the docs at the track I’m as alright as I can be. Doing all the recovery I can to be feeling good for Tuesday. Progress again with my riding and team @HEPMotorsports, feeling better and more comfortable with SX every lap I get under my belt. Step by step.”

Max Anstie is making strides forward with each round of 2021 Monster Energy Supercross that passes; the same could be said about round thirteen, despite a hiccup in the main event. Anstie was thirteenth in timed qualifying and raced to sixth in his heat, after a race-long battle with Ken Roczen, but crashed out of the main event whilst in sixth. Anstie was seen to by the medical crew but now, shortly after the race, his wife has posted this small update on social media.

Anstie is now twenty-second in the premier-class championship standings. A thirteenth at the previous round, Arlington 3, is still his season-best finish.