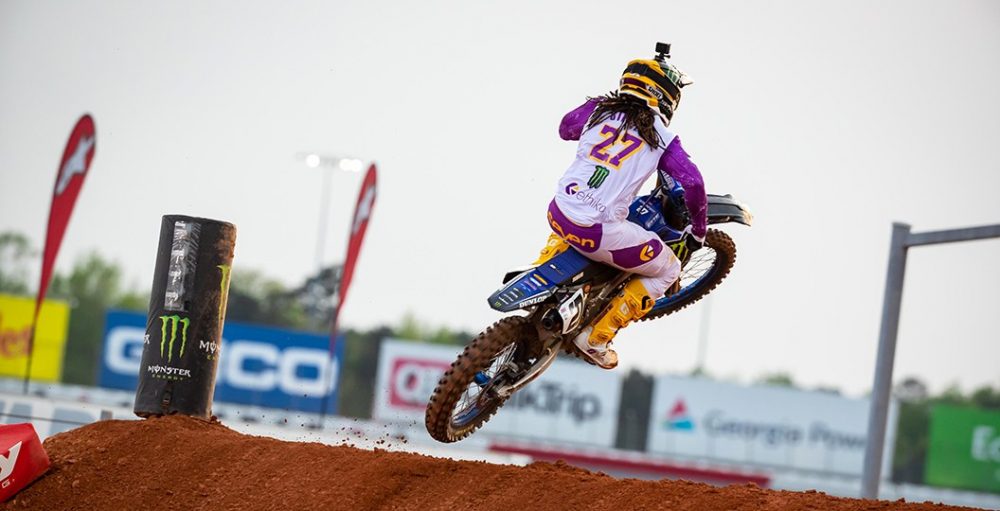 Malcolm Stewart has become such a consistent force over the last two seasons, but suffered a hiccup at Atlanta 2 that left him with just a single point. Stewart crashed early on in the first lap and immediately withdrew with a bruised body. The following quote, via Monster Energy Yamaha Factory Racing, does confirm that no significant injuries were sustained. There is also footage of the crash on this page.

“The night started off with a good heat race, finishing third. I got an okay start in the main event but went down hard in the first double. It happened so fast I don’t even know what happened. I’m feeling pretty beat up and disappointed with how the night ended, but we’re going to rest up and come back fighting.”

Stewart still runs seventh in the premier-class standings, 19 points down on Jason Anderson in sixth. Top-ten finishes have been recorded at nine of the 14 rounds that have been run thus far.