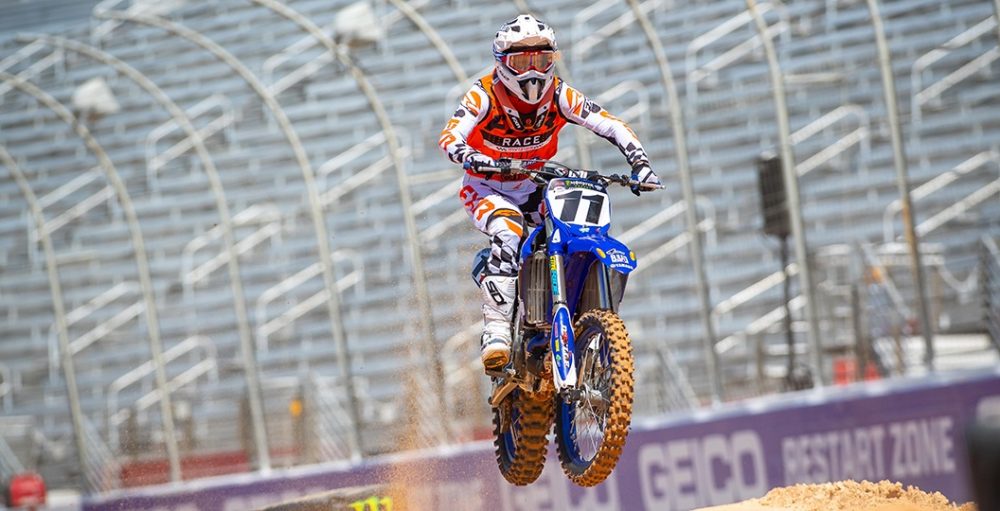 Kyle Chisholm made an uncharacteristic mistake during timed qualifying at round fourteen of the 2021 Monster Energy Supercross and had to withdraw from the race, as a result of that. Chisholm has now confirmed that he is not going to take part in round fifteen at Atlanta Motor Speedway today either. The following statement was shared on social media.

“Well, bummed to let you guys know I won’t be able to race tomorrow at the last Atlanta round. My shoulder is just not ready yet from my crash in qualifying on Tuesday unfortunately. So no “chizzing” from me haha [sic]. Sorry fantasy fans. The x-rays at the race were all good. Just a lot of bruising (bone and tissue) and an AC shoulder separation/sprain. Landing on the concrete is not recommended. I’ve been doing as much therapy as possible to try to race tomorrow but it’s just too weak still to go out and ride safely. I’m super bummed to not be out there but I will do as much therapy as possible to try to race next weekend in Salt Lake City! Thanks for all of the support everyone.”

Chisholm currently sits nineteenth in the premier-class championship standings; a fourteenth at round two was a season-best finish. Chisholm, known for his consistency and ability to always make things work, had actually finished in fifteenth in the four main events before his crash.