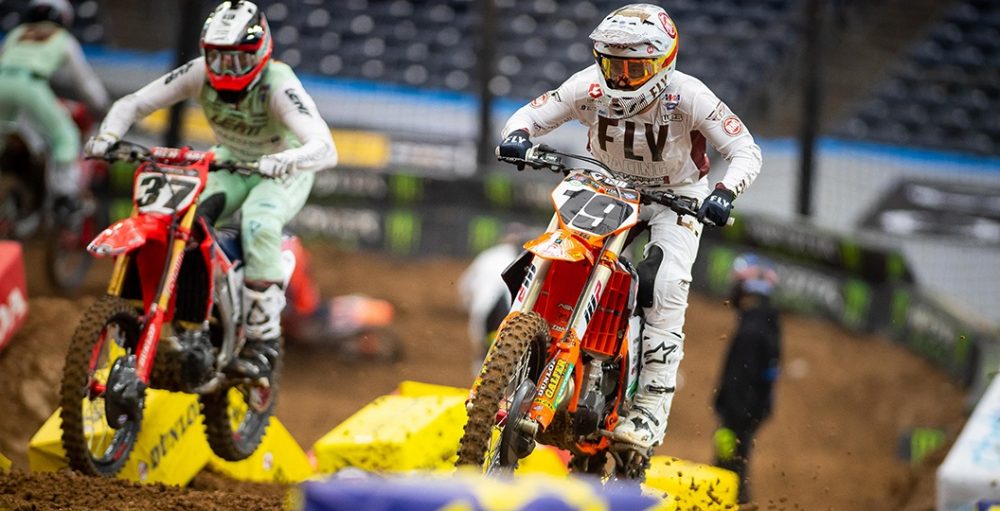 There are always casualties at the opening round of Monster Energy Supercross each year, and unfortunately Justin Bogle was one of those at Houston 1 over the weekend. Bogle crashed in the second timed session and decided to withdraw from the rest of the race programme, rather than race beat up, but will return for Houston 2 on Tuesday. The team confirmed this in the statement below.

“Unfortunately, a crash in the second qualifying practice session will have Justin Bogle not lining up tonight. Simply just too banged up with a sore lower back, hip and knee. Both Bogle and the team have decided it best he sit out tonight in order to be ready for round two on Tuesday.”

Bogle also released this very short statement, but crucially confirmed that the plan is to race on Tuesday night.

“Banged up from a crash in Q1 but going to be back for round two on Tuesday.”

Rocky Mountain ATV/MC KTM WPS still had Joey Savatgy in action on Saturday night and he was fairly strong in his orange debut. An eleventh was his result in the main, which was his first indoor outing in the United States since May 2019.