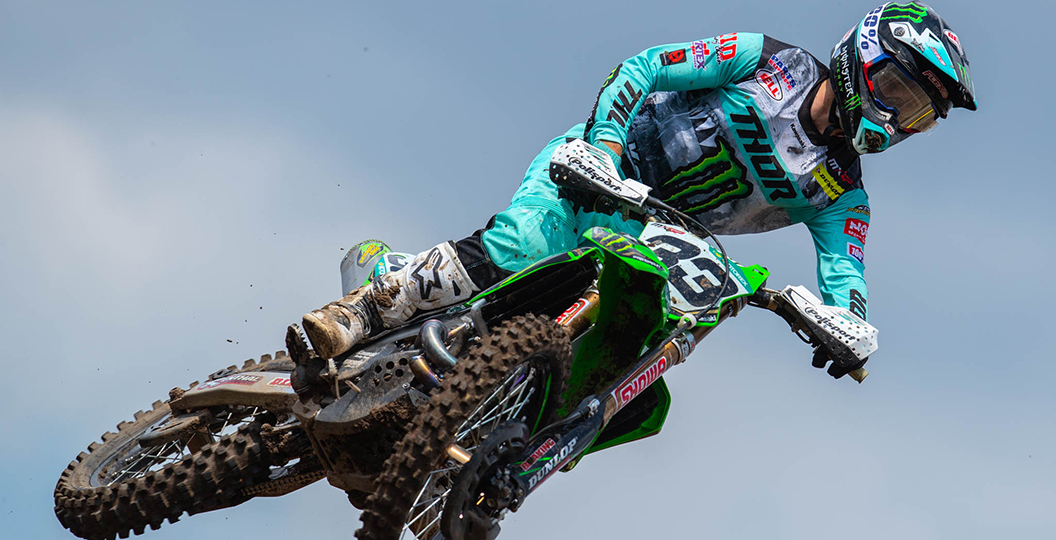 Julien Lieber was on the verge of breaking through in the first premier-class moto at the Grand Prix of Germany, as he charged into second and was the fastest man on track. It all went wrong at that point though, as a crash that was remarkably similar to the one that Pauls Jonass had in free practice left him in desperate need of medical attention. It has now become apparent that he has fractured his elbow. The following statement was released via KRT.

“The weekend started well but didn’t finish so well! I got a great start in the first moto and I had a good feeling and good lines on the track: I found a spot to pass [Jeremy] Seewer for the second position and my rhythm was so good that I made a little gap on him. I wasn’t pushing so hard and at the bottom of the big hill I always took a line on the left of the track as it wasn’t so bumpy there. I don’t understand what happened. It was a huge crash and I’m so disappointed to finish the weekend like that.”

There is currently no timeline on Julien Lieber’s recovery nor is it clear whether he could return before the end of the 2019 FIM Motocross World Championship. The picture should become a lot clearer after he visits his doctors in Belgium this week. Francois Lemariey, the team manager at Monster Energy KRT, provided more information in the following quote too.

“After his good qualification yesterday Julien was doing a great race in the first moto and could expect a podium finish until he crashed at the bottom of the biggest uphill. It seems that he hit a soft patch and lost control of the bike, and this section was so fast that he was ejected a long way and landed pretty heavily. The first examinations have revealed an injury to his left elbow. He is on his way back to Belgium for more examinations and surgery. We love motocross, but sometimes this sport doesn’t reward you from your dedication.”

Kawasaki have had a terrible time of it in recent weeks, Clement Desalle, Evgeny Bobryshev, Benoit Paturel, Julien Lieber and Alessandro Lupino all succumbed to injuries that could potentially be season-ending. Tommy Searle is the only green rider still standing in the premier class at this point.