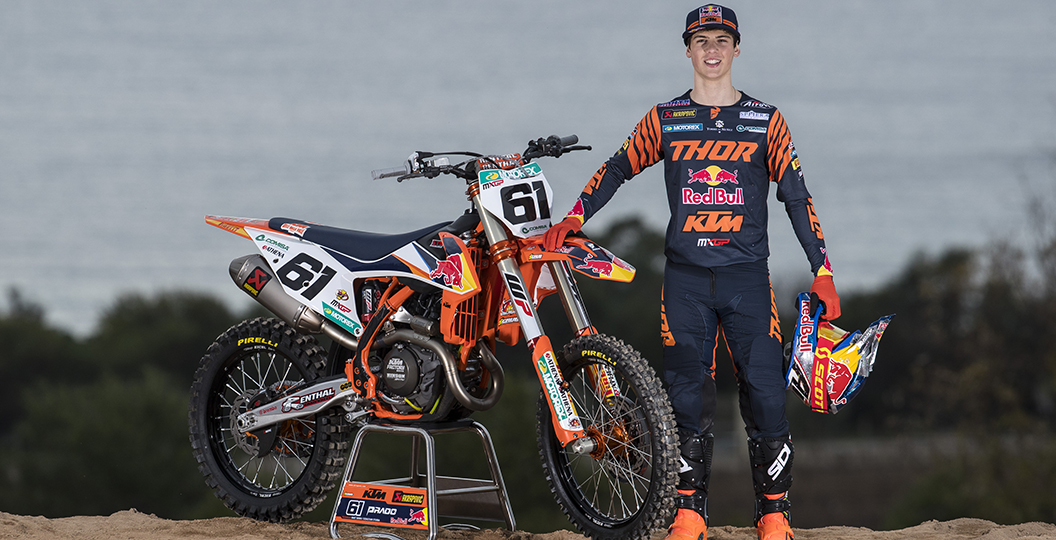 It is truly astonishing that Jorge Prado is back on a bike now, despite the fact that he broke his femur just two months ago. It would not have been a surprise at all to see him on the sidelines for a majority of the 2020 FIM Motocross World Championship after such a significant injury. Prado has already started setting his sights on a return, however, just as the following statement from KTM Factory Racing confirms.

#61 is now working towards his racing return and MXGP debut for 2020. “I got back on the bike quickly but I’m fine, I have the ok from the doctor and I’m going to start training to prepare for the world championship. Obviously, it is still too early to understand when I can be ready to go behind the starting gate.” More official information soon!

There is currently no word on when Jorge Prado will hit the starting line on his KTM 450 SX-F. The opening round of the Grand Prix series will be run in less than two weeks. Perhaps the third round in Argentina on March 22 is a more realistic goal?