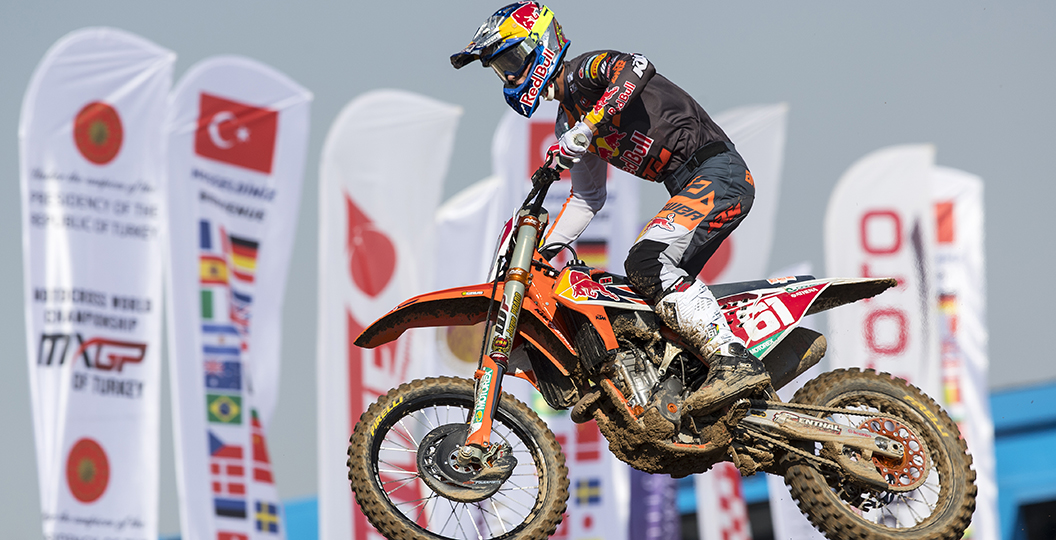 Jorge Prado has been rather quiet since Christmas, as he continues to recover from the femur injury that he sustained in late December. How are things double for the double MX2 world champion? Red Bull KTM shared the following update from Prado, which is nothing but positive.

“?It’s only been four weeks, so it is still very early, but I can now bicycle, and get in the gym to work on strength in my upper body. I cannot run yet. People are really impressed with the progress I am making. It was a pretty serious injury and a complicated operation, but the surgery could not have gone any better.”

The 2020 FIM Motocross World Championship will begin in forty-four days, so Prado will obviously not make it onto the start line there. It seems likely that he will return at some point in May.