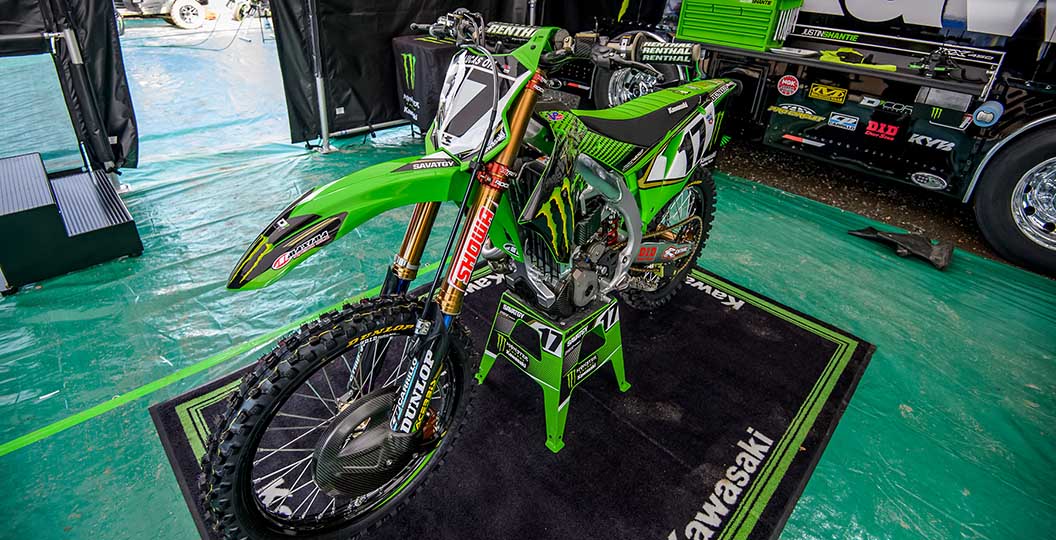 One week on from Eli Tomac claiming a dominant win at round two of 2019 Lucas Oil Pro Motocross, Monster Energy Kawasaki are set to return to full strength at the third round this weekend. Joey Savatgy, who has been sidelined since the final round of 2019 Monster Energy Supercross in Las Vegas, is ready to returning to racing and make his outdoor debut aboard a KX450. Kawasaki confirmed the news via the statement below.

“He’s back! After taking the time to recuperate from some lingering injuries, @VersaceSavatgy17 will swing his leg over his KX and return to racing this weekend in Colorado!”

Thunder Valley, Colorado, is an ideal place for Joey Savatgy to return to racing, as the premier-class rookie is a two-time winner at the popular venue. Savatgy won the 250MX overall in 2016 and then again 2017. Additionally, he finished second in moto one a year ago before a bike problem forced him to withdraw from the final encounter and sacrifice a shot at three consecutive triumphs.