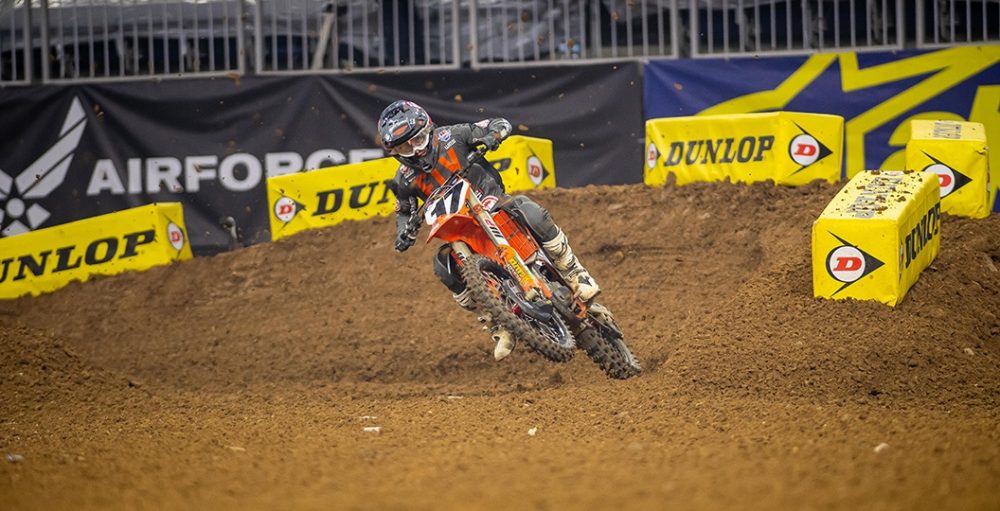 The good news continues to roll in. Chase Sexton confirmed that no damage was done in his vicious crash in the 450SX main event at Houston 2 and now Joey Savatgy has stated that he should be able to race this coming Saturday. Savatgy’s crash was fairly odd, as he fell in front of the mechanics and appeared to be in pretty bad shape. A hematoma on his leg appears to be the extent of his injuries though, as he explains in the statement below.

“Frustrated with myself to say the least. Stupid crash, caught the handlebars to the leg and have a small hematoma. Similar to Vegas in 2019. But other than that I’m good, trying to get as healthy as possible for round 3… Also, better starts would be cool.”

Savatgy was eleventh in the main event at the opening round, but has slipped to fifteenth in the championship standings after failing to finish the race at Houston 2.