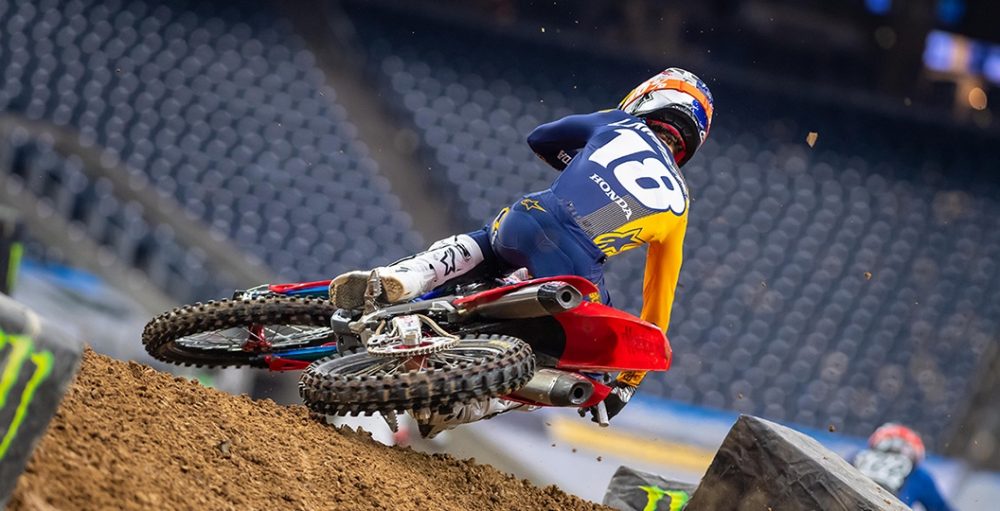 Fans were alarmed when Jett Lawrence crashed in the whoops section during timed qualifying at the third round of 2021 Monster Energy Supercross, but the Honda HRC rider has now confirmed that he is completely fine and ready to race tonight. Lawrence had already set his fastest time, which put him in second overall in 250SX, so elected to nurse his bent bike back to the pits rather than continue on. Lawrence’s short statement is below.

“I am all good guys… Bike was a little bent and had already posted my time. Better to play it safe.”