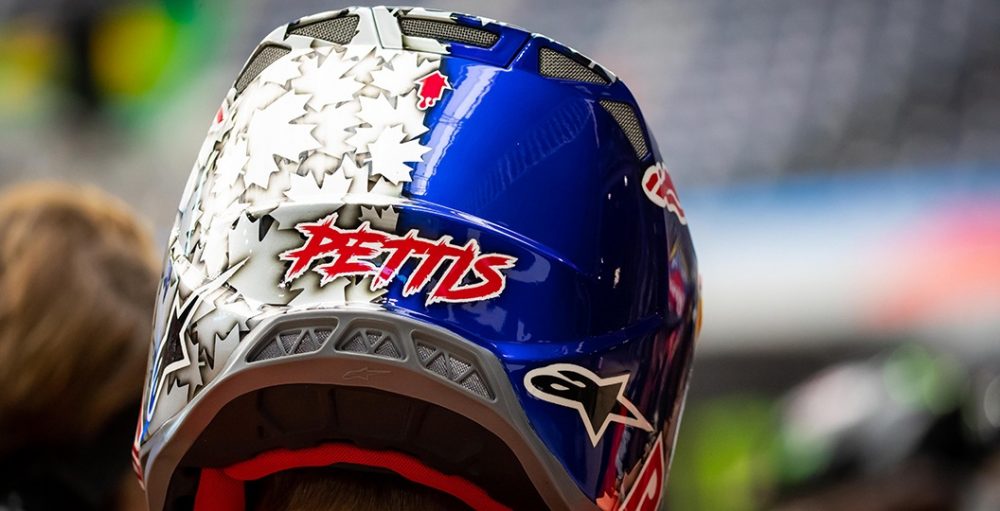 There are a lot of people across the globe who are intrigued to see what Jess Pettis can do in Monster Energy Supercross, none more so than those north of the United States. Pettis doubled down in the months leading up to the first round of the current campaign, Houston 1, and spent months at Aldon Baker’s facility to ensure that he would come out swinging. That opener did not quite go to plan though – he injured his knee in qualifying and was  forced to withdraw from the race programme. It seems as though his status for Tuesday is unknown.

“Very bummed I had to sit tonight out. I tweaked my knee pretty good in qualifying and I hope it’s ok for Tuesday. Thanks for all the concerns from everyone. I’ll be back.”

Pettis last raced Monster Energy Supercross in 2019 and performed well, hovering just outside of the top ten in what was a stacked 250SX West class. Pettis suffered a concussion, broken collarbone and partially collapsed lung shortly after securing a career-best result of fifth in San Diego and has not appeared in the United States since. Pettis actually suffered a torn ACL later in 2019, hence why he did not participate in Monster Energy Supercross at all in 2020.

This post will be updated as soon as his status for round two, Houston 2, is confirmed.