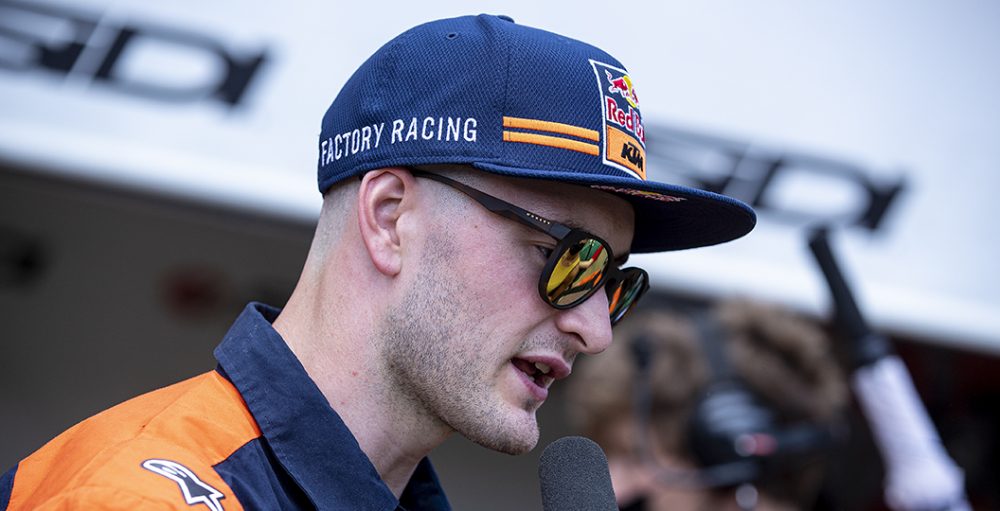 Jeffrey Herlings is officially in for the Grand Prix of Flanders-Belgium, as confirmed by Red Bull KTM Factory Racing. Herlings had this to say about his decision and chances.

“I rode the bike today and we’ll give it a go tomorrow. It’s still a bit sore. I’m 50 points down in the championship at the moment so tomorrow will be about damage control. We’ll have four weeks to fully heal-up before going to Turkey. We’ll just do our best and focus on the second part of the races to keep going and get some points. Lommel is a track that suits me and I want to give it a shot at least; then I don’t have any regrets for the rest of the championship.”

It’s been rather tricky to report on Jeffrey Herlings’ status for the Grand Prix of Flanders-Belgium, round six of the 2021 FIM Motocross World Championship, simply because it has been up in the air. The KTM 450 SX-F that he pilots was put through technical control, just in case he attempted to race, then he was cleared by the FIM doctor this morning.

Herlings then went to a local track in The Netherlands to practice and see how the shoulder would hold up. Now, following that test session, the following social media caption appears to confirm that he is going to race at Lommel.

“Let’s try to do something unthinkable.”

Tim Gajser is the current leader in the premier division, 11 points ahead of Antonio Cairoli in second. Jeffrey Herlings, in sixth, is 51 points down.