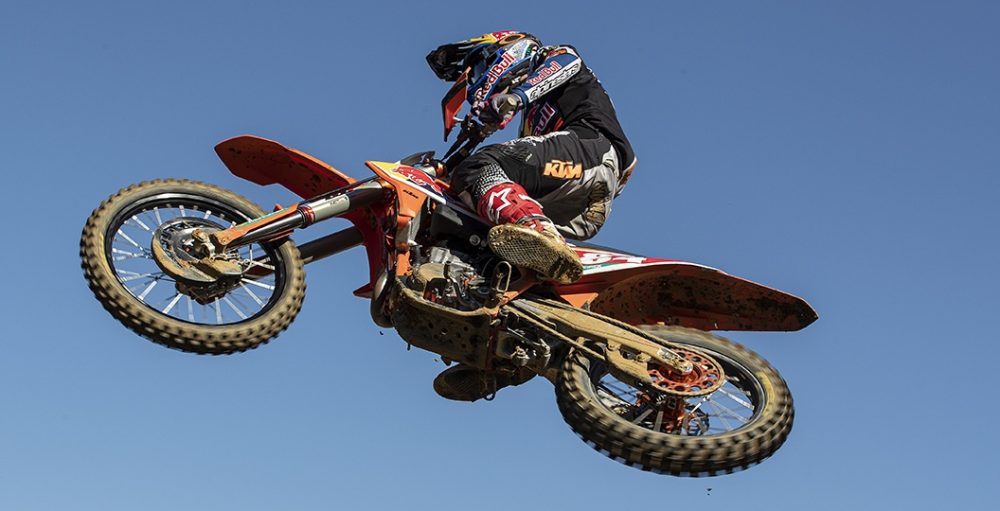 Jeffrey Herlings has spoken out about his fall at the Grand Prix of Citta di Faenza for the first time, with a lengthy social media statement that explains everything that he has gone through since then. The desire that he has to return is quite clear, which is great news for fans across the globe. Herlings’ statement can be read in full below. All that’s been confirmed thus far is that he will skip the Mantova triple header, but he is expected to miss more races than that.

“It’s been pritty quiet around me lately and I am sorry for not giving a update to my fans since my crash. I cannot describe how devastating it was being there on the ground temporarily paralyzed and not having any feeling from my neck down for minimum half an hour. Eventually I ended up breaking my C1, C6 and T3. Doctors told me I got through the eye of the needle with not ending up paralyzed. From the good side, I got three stable fractures with only small cracks in the bones and the healing process wont be too long luckily and doctors say I will get a full recovery from this injury.

“I was feeling I was more then 100% in control this season, accepting a second place and felt more in control of the championship then ever. I feel like that I messed up for the second season in a row, even I have the feeling there was nothing I can blame myself for, for this crash. I am sorry to all my sponsors and partners and fans for once again not being able to deliver a championship to them. Most of all I would like to thank my entire KTM team and crew for their patience and constant support towards me and their support through thick and thin.

“It’s been a very tough last two seasons but I know I still got plenty to offer in this sport. For the moment the team and I have decided to sit out the next race in Mantova and look from there when exactly we will return to racing. I believe to become back healthy is the most important for now. Once again thanks to my team and partners for their great support. I will work hard to become back healthy again as soon as possible.”