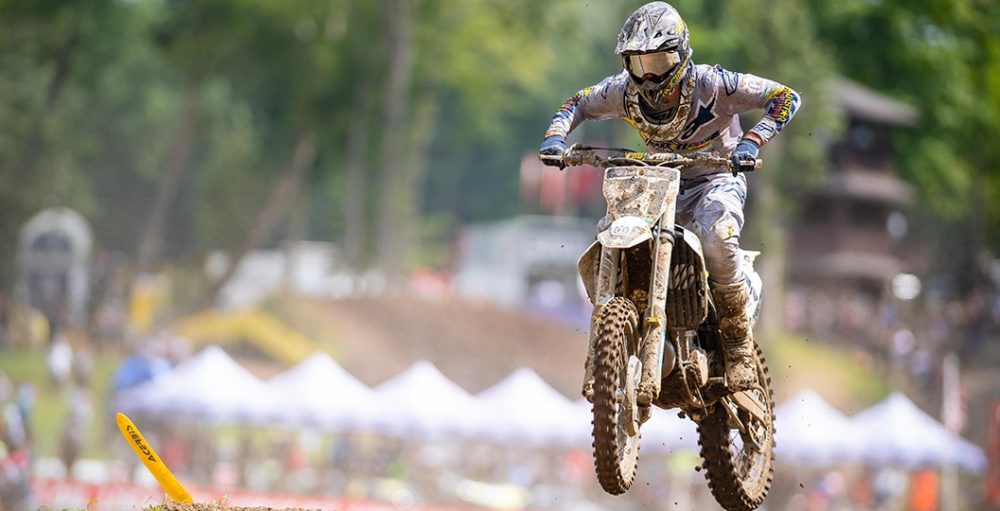 It comes as no surprise at all, but Rockstar Energy Husqvarna Factory Racing has now confirmed that Jason Anderson has undergone surgery and will likely miss the rest of the 2020 Lucas Oil Pro Motocross series. Official communication is below.

Rockstar Energy Husqvarna Factory Racing team’s Jason Anderson successfully underwent surgery on Thursday morning to remove hardware that was originally used to repair a broken arm that he sustained during a 2019 practice crash.

The unplanned surgery comes after Anderson aggravated the area last Saturday in an abrupt landing during moto one of the Ironman National, where he ultimately made the decision to end the day early due to extreme discomfort in his arm. After further evaluation by the Alpinestars Mobile Medical Unit, the x-ray results discovered that a plate and screws in his forearm had backed off the bone and surgery was immediately scheduled. The round one first-moto winner is expected to miss at least the next few rounds of the AMA Pro Motocross Championship as he mends the new repair.

Stephen Westfall: “Jason is a tough rider so when his hand and arm started to lose feeling during the first moto at Ironman, he made the smart decision to pull off and get it looked at. It’s unfortunate that he will be out for the next few rounds but we will evaluate his healing progress and determine if he’s able to return to the Pro Motocross Championship this year.”