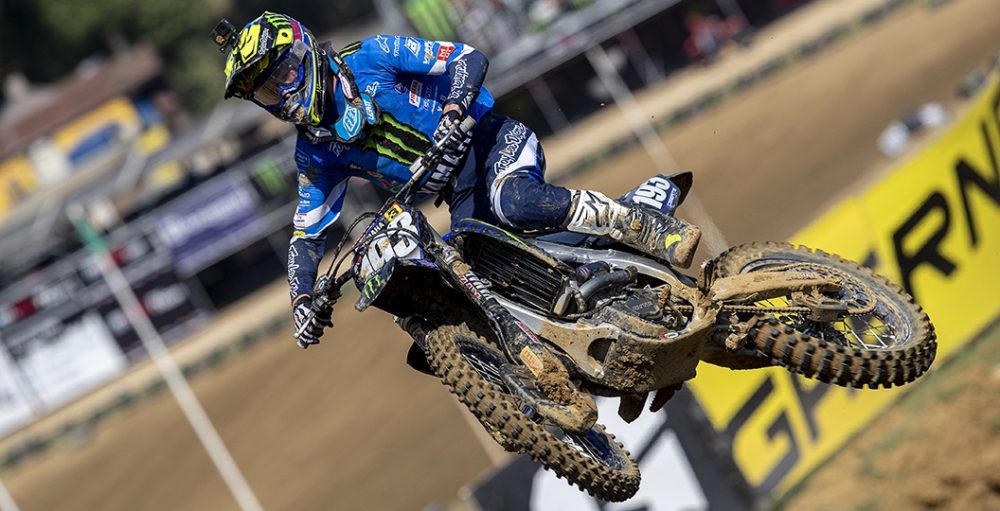 Jago Geerts has not injured his collarbone, like others are irresponsibly reporting now. Geerts even posted on his social media accounts and confirmed that there are no notable injuries to speak of, despite his initial fears. The excerpt from his social media can be found below for clarity. Geerts may be sore at Mantova, of course, but that situation could have clearly been so much worse.

“Hey guys. Yesterday I crashed during a motorcycle training in Olmen. Because my left shoulder was sore, I was afraid I had a fracture of my collarbone. After an examination in the hospital of Herentals with doctor Tom Claes it turned out that I have not suffered a fracture. The pain has become less in the meantime, but my shoulder has had to take a heavy blow. The next days I will go to the physiotherapist. Together we will do everything we can to be ready as good as possible for start in Mantova.”

A crash at the MXGP of Citta di Faenza cost Geerts valuable points in the MX2 title chase, but he is still within striking distance with ten rounds to go. 21 points is the difference between him and the current championship leader, Tom Vialle.