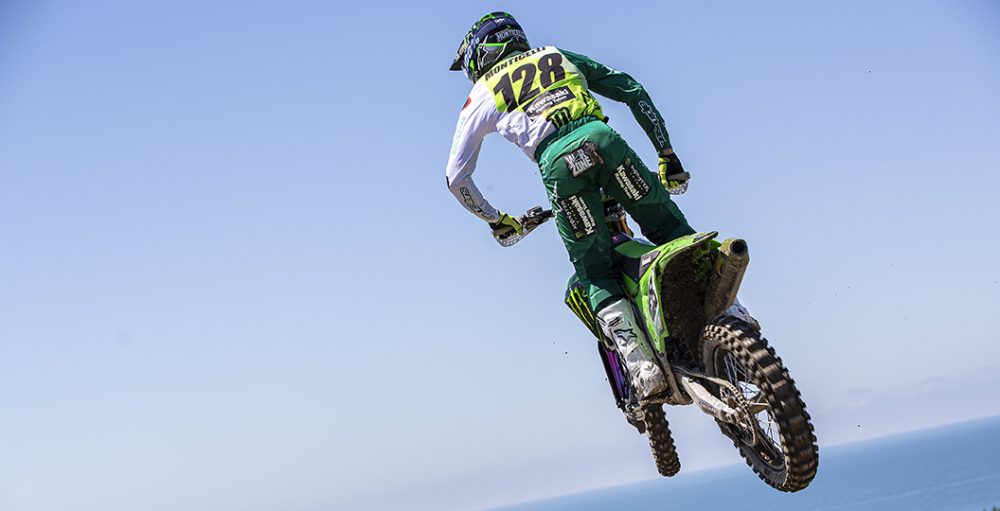 Monster Energy Kawasaki Racing Team’s Ivo Monticelli was actually rather impressive in his debut in green, but his time aboard the KX450-SR was short lived. Monticelli crashed out of the first moto and was trapped beneath his bike for some time before retiring from the moto – he then opted to undergo medical examinations instead of lining up for Moto Two. The good news is that he is fine, as he reveals in the following excerpt.

“The day started well with tenth in timed practice and I got a really good jump at the gate. I was around fourth going into the first turn but [Pauls] Jonass hit my bike and he was stuck in my rear wheel. I had a really good first lap and after ten minutes I was seventh; I felt comfortable and could go in a good group with [Jeffrey] Herlings and [Jeremy] Seewer. Then I had a small crash to lose two positions and I started to get a little arm pump. I crashed hard in a compression and was stuck under the bike. I did not lose consciousness but I had a small concussion so we decided not to start race two. It was not a good day for results but the speed was there and we look forward to England.”

Monticelli obviously scored no points at the Grand Prix of Russia, but his KRT teammate fared much better. Romain Febvre showed some impressive speed, despite many mistakes, and finished third overall via a 2-6 scorecard. This is the strongest start that Febvre has had to a Grand Prix campaign since 2016. Monticelli is expected to race at the Grand Prix of Great Britain in two weeks.