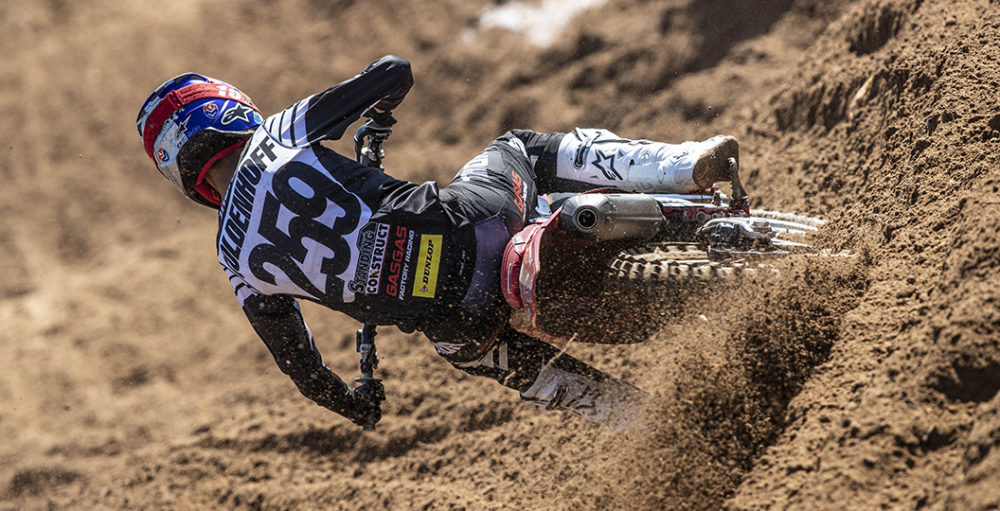 Glenn Coldenhoff crashed out of the Grand Prix of Riga on Wednesday, as everyone is well aware, but details on his exact health problems were kept under wraps for the most part. It was known that he was going to be far from full fitness at the fifth round of the 2020 FIM Motocross World Championship, but it is only now that the full extent of his injuries have been confirmed. The following statement was released via GASGAS Factory Racing.

“Today was always going to be a challenge with my injury. Fortunately, nothing was broken in my crash on Wednesday. Just a haematoma around my ribs, which is really painful, especially on a track like this. I had to ride different lines than I would normally to avoid the biggest bumps. It’s not ideal to race like this and I was expecting to be top 15, so to go 7-6 and be sixth overall is something that I’m happy with. In race one I started slowly. I didn’t want to fall down, so I was patient and then as the field spread out I could push and make passes and finished in seventh place. That was a good ride. Race two was sixth, a little better, and it was really just two results that are good for the championship and much better than expected. I’ll now work on further recovery over the next few weeks.”

Coldenhoff qualified down in nineteenth at the Grand Prix of Kegums, so to ride on the edge of the top five in both motos was quite the achievement and a testament to his strength. The crazy thing is that he leapfrogged Jeremy Seewer in the championship standings and gained substantial points on Tim Gajser in second place. Coldenhoff is now just 21 points down on the runner-up spot, despite being fifth in the championship standings. It is thought that he will now have two weekends off to recover before the Grand Prix series resumes.