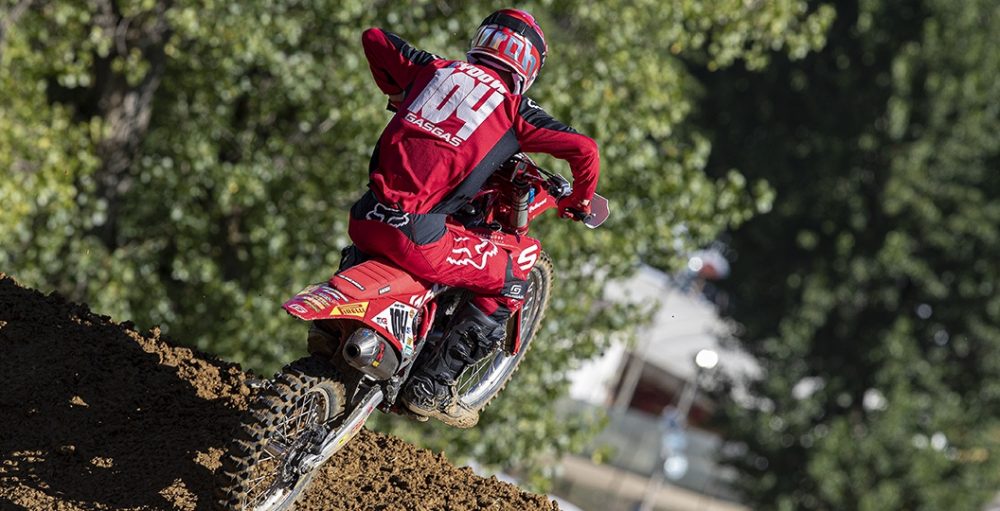 The Latest: GASGAS in MX2

Diga Procross GASGAS Factory Juniors entered the Faenza triple header at full strength for the first time since March, as Jeremy Sydow returned to racing alongside Simon Langenfelder. That line-up lasted for just two races though – injuries sidelined both riders by the time that the Grand Prix of Citta di Faenza ended. Sydow twisted his foot in a rut and broke his ankle without even falling, then Langenfelder was landed on by another rider and suffered a knee injury.

Being a factory team with an all-new truck, team manager Justin Amian immediately started to hunt for fill-in guys who could represent GASGAS in the MX2 class. Michael Sandner, who filled in over on Hitachi KTM fuelled by Milwaukee towards the end of the 2019 FIM Motocross World Championship, will be on the squad for the rest of the year. EMX250 rider Isak Gifting will step up to MX2 with the squad as well, despite currently sitting third in the EMX series. The news was announced via the following statement.

“I am happy to welcome Michael Sandner to our team, an athlete who has already gained experience in the MX2 World Championship and will represent us until the end of the season. With Isak Gifting we have a very promising athlete, besides Michael Sandner, who showed his potential in the EMX250 this year and gets his chance in the MX2 World Championship. Our goal is to take a step forward every weekend and collect as many points as possible.”