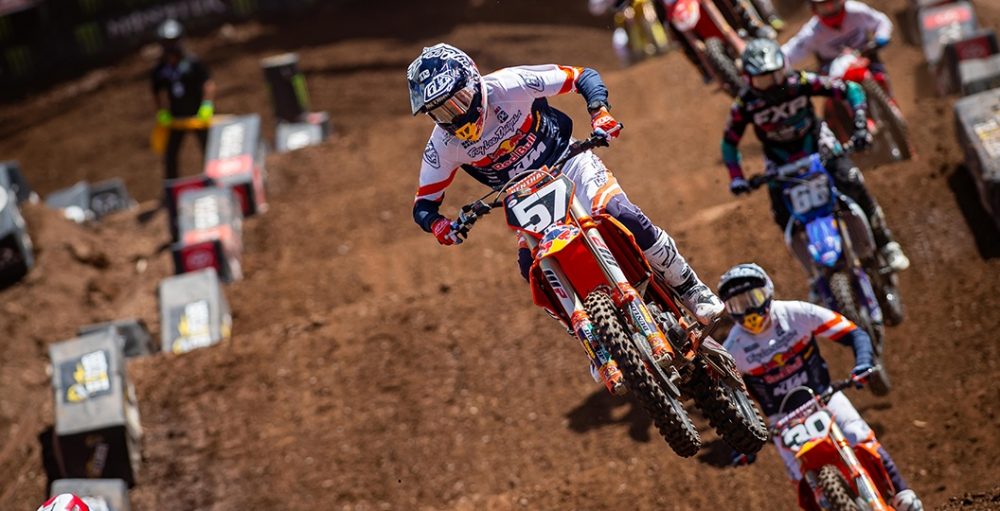 Derek Drake slipped through the cracks as planning for 2021 Monster Energy Supercross begun, as he was not included in the Troy Lee Designs Red Bull GASGAS Factory Racing line-up despite a strong rookie season. Drake’s plans for the new season were never officially confirmed, although strong rumours linked him to the BarX Motorsports Suzuki team that would run the RM Army’s 250F effort. Drake confirmed that move in a social media post earlier today, which also confirmed that he has suffered a compound fracture of his femur.

“Hey guys, over the past three weeks I’ve been getting back into riding and training and have been feeling really good on and off the bike, but unfortunately Monday I had a get off riding supercross and ended up compound fracturing my femur… I want to give a huge thanks to my family and friends for reaching out and taking care of me. Swipe to see a few videos of me riding the new @BarX_Motorsports Suzuki.”

Drake was seventh in the 250SX West series standings in 2019 Monster Energy Supercross, with a season-best finish of seventh in the Oakland main event. Drake was then hindered by a mysterious illness in Lucas Oil Pro Motocross. Bar-X Motorsports has not announced their line-up for the new season nor has it been confirmed how long Drake will be out for.