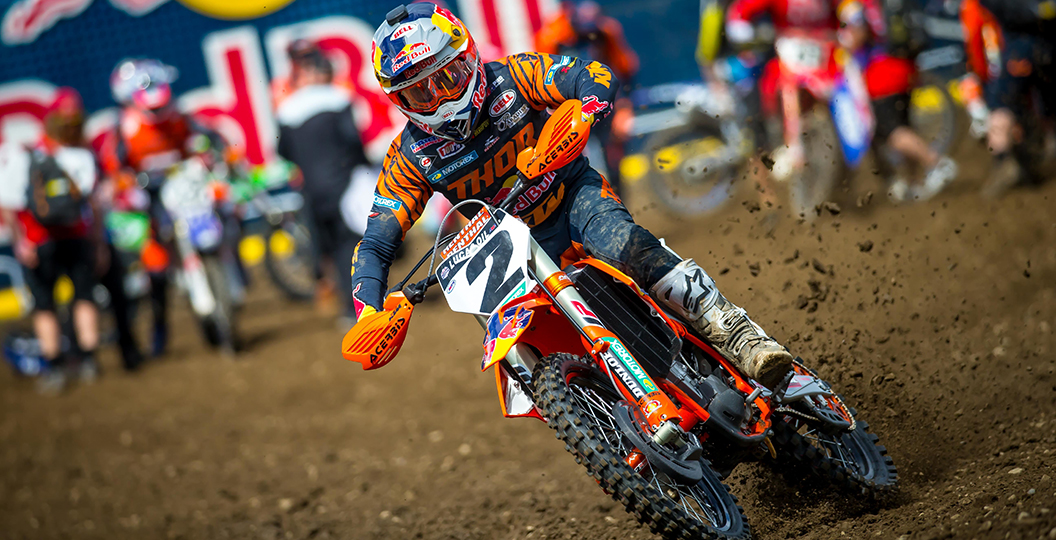 MURRIETA, Calif. – The Red Bull KTM Factory Racing Team announced today that Cooper Webb will miss the final two rounds of the 2019 AMA Pro Motocross Championship. The reigning AMA Supercross Champion suffered a bone contusion in his left knee during moto one of the Unadilla National on Saturday and while the injury does not require surgery, Webb will need a few weeks to recover.

Fresh off his first-career 450MX overall win at Spring Creek, Webb was beginning to gain traction in the outdoor season. With podium finishes in seven motos through the first 10 rounds, he currently sits sixth overall in the 450MX Championship Standings with two rounds remaining in the series.

Cooper Webb’s fight for a top-three ranking in the 450MX class was halted in the first moto at Unadilla, round ten of 2019 Lucas Oil Pro Motocross, over the weekend. Webb reportedly tagged his knee in a rut and later withdrew from the race prematurely due to the pain that was caused. Details are unsurprisingly sparse at the moment, but the Red Bull KTM team did release the following statement.

“Webb, the second-place qualifier, didn’t get the best start in moto one as he rounded the opening lap in ninth. He immediately put his head down and charged up to sixth by lap five, where he sat within striking distance of a top-five position. With about five laps to go, he ended up pulling off the track due to pain in his left knee. Webb and his team made the tough decision to not race the second moto and the North Carolina native will head home and get evaluated by his doctor as soon as possible.”

Webb now runs sixth in the 450MX standings, seven points down on the rider in fifth, but his status for the remaining two rounds is currently uncertain.