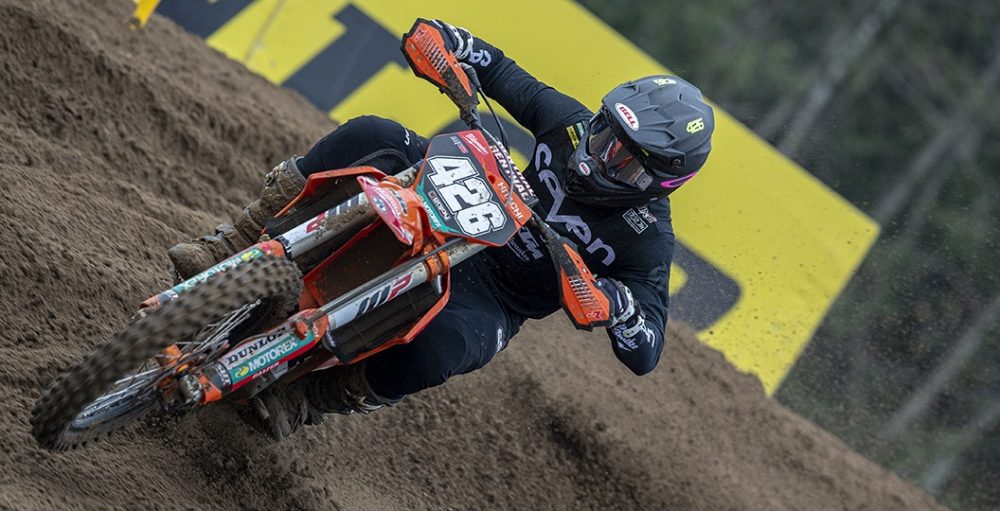 Conrad Mewse picked up an illness in the hours before the Monster Energy MXGP of Flanders, which held him back throughout the day. That has, unfortunately, not progressed as initially thought and the wise decision has been made to skip the fourteenth round of the 2020 FIM Motocross World Championship today. Hitachi KTM fuelled by Milwaukee confirmed the news via this statement.

“Conrad Mewse will miss the MXGP of Limburg today, after picking up tonsillitis just before Lommel 1. #426 will take some time and return at full fitness on Sunday.”

Mewse is pretty secure in eighth in the MX2 championship standings. 38 points separate him from the rider in ninth, Ruben Fernandez, so it is highly unlikely that he will lose any positions today.