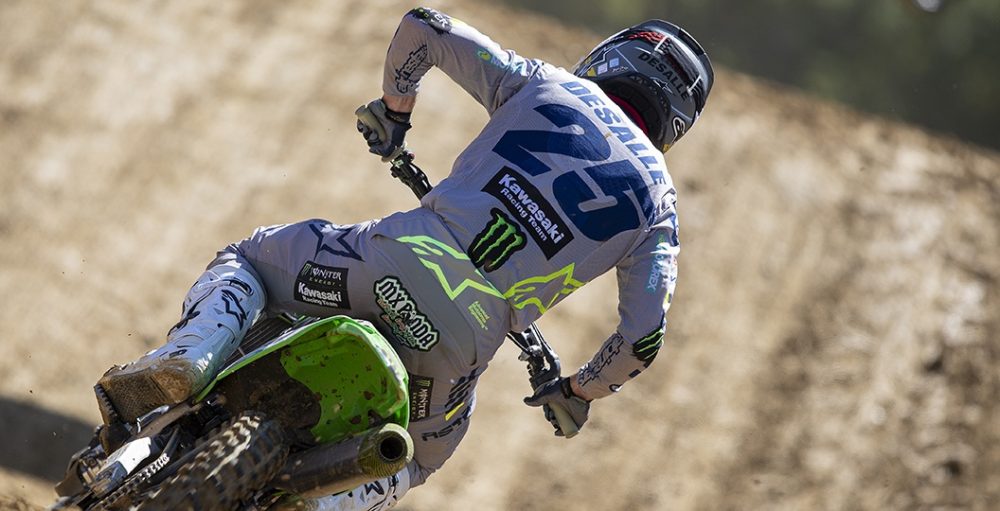 Clement Desalle has had a lacklustre time of it since the 2020 FIM Motocross World Championship picked back up in Latvia, but a reason has now finally come to light. Desalle had a big crash at the final race in Latvia and tweaked his neck, then crashed again shortly after the event and injured his neck and back. Desalle released the following statement on his situation, via Monster Energy KRT, with more details.

“It was a very difficult GP for me as I injured my neck and my back after Latvia and couldn’t train before this GP. I was not even sure I could race this weekend! This morning I didn’t know what I could expect. We did a good job with our physio before and between the races. In the first race it was OK for the first ten minutes but then the pain returned and it was impossible to keep the pace. My start was not that good in the second race but I gained positions in the first few corners to come fifth. Then it was a similar story to the first race – the pain was back and I couldn’t keep the rhythm. Motocross is a tough sport and we have to deal with injuries; I did my best, but it’s not an easy situation to accept.“

Desalle raced to an eleventh and a fifteenth in the two motos at the Grand Prix of Italy, despite starting in the top five each time. Desalle is now ninth in the premier-class championship standings and in the final year of his current contract with Monster Energy KRT.