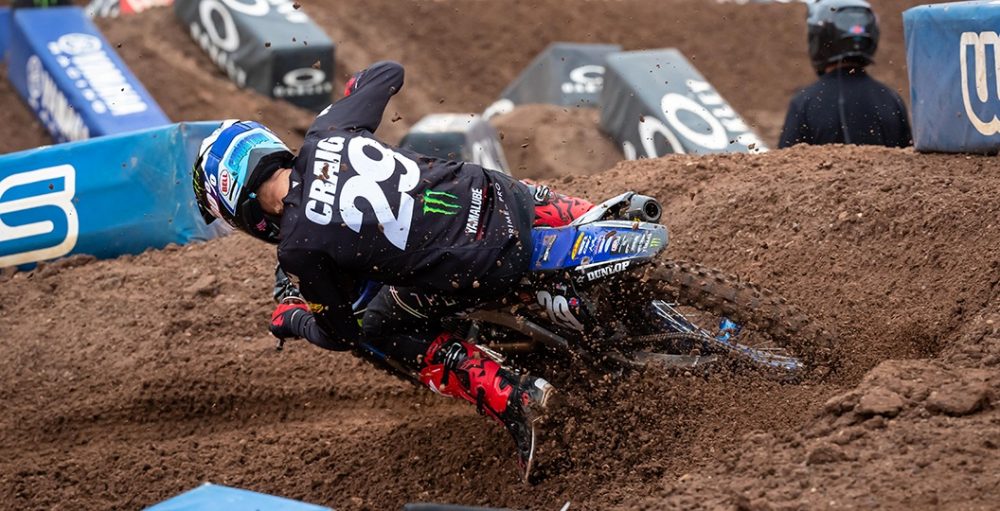 Christian Craig attempted to ride in the second 250SX heat race, following that crash below, but withdrew after just three corners and did not return to his YZ250F. Craig later released the following statement and, frankly, the fact that he tried to ride with such an injury is astounding!

“And in the blink of an eye it all changes. Crazy how one minute everything is clicking and the next you’re on the ground. This sport is no joke. I tried everything to race but just couldn’t put any pressure on my leg. As of now, it looks like a fractured fibula and ankle sprain. Going to get checked out at home and get ready for outdoors. Thanks everyone for the support. Going to keep my head held high. Big thanks to everyone at alpinestars mobile medic.”

The closest battle in 2021 Monster Energy Supercross is the duel between Colt Nichols and Christian Craig for the 250SX East championship. Eight points separate the teammates with two rounds to go and, at this time, it seems as though everything is going Nichols’ direction. Craig crashed out of the final qualifying session at Salt Lake City 1 today, despite finishing second, and later got carted off by the medics. It seemed as though he was dealing with pain in his knee. Footage of the crash that could have been so, so much worse is below.

This post will be updated as soon as more information on Craig’s condition filters through.