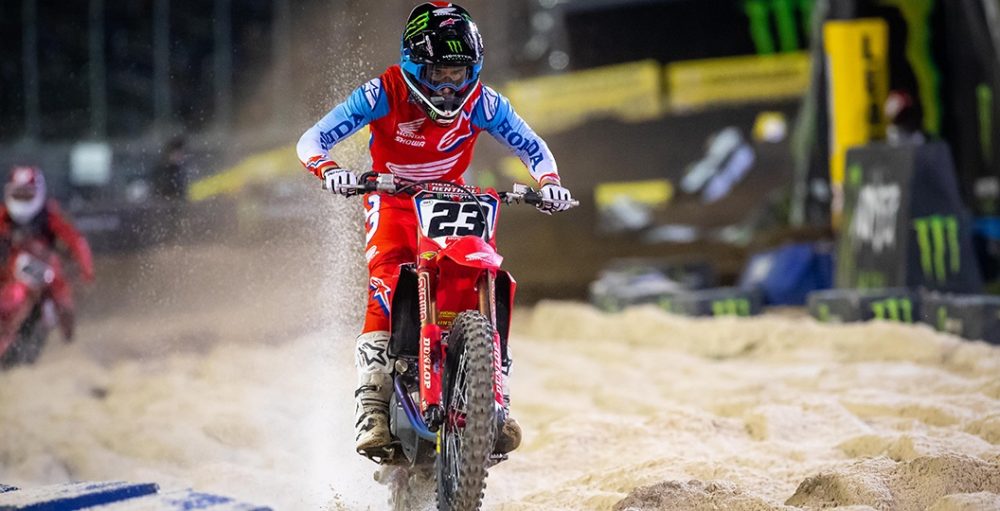 Chase Sexton finally returned to 2021 Monster Energy Supercross in Daytona, Florida, but it was not exactly the smoothest experience for the Honda HRC rider. Sexton smashed his head on his bars in time practice and broke two of his teeth, which resulted in 15 stitches. It’s like he was trying to impress his coach, James Stewart! Sexton shared the following video of the incident – this was taken from the team’s practice footage.

“For everyone wondering what happened to my face yesterday I’m sure this video answers that question. 15 stitches and two broken teeth later. We are looking a little rough this morning,” Sexton said in his caption.

Sexton actually had a fairly successful night, following that incident, as he raced to eighth in the 450SX main with no real significant moments to speak of. That is exactly what he needed after a hair-raising start to his premier-class career.