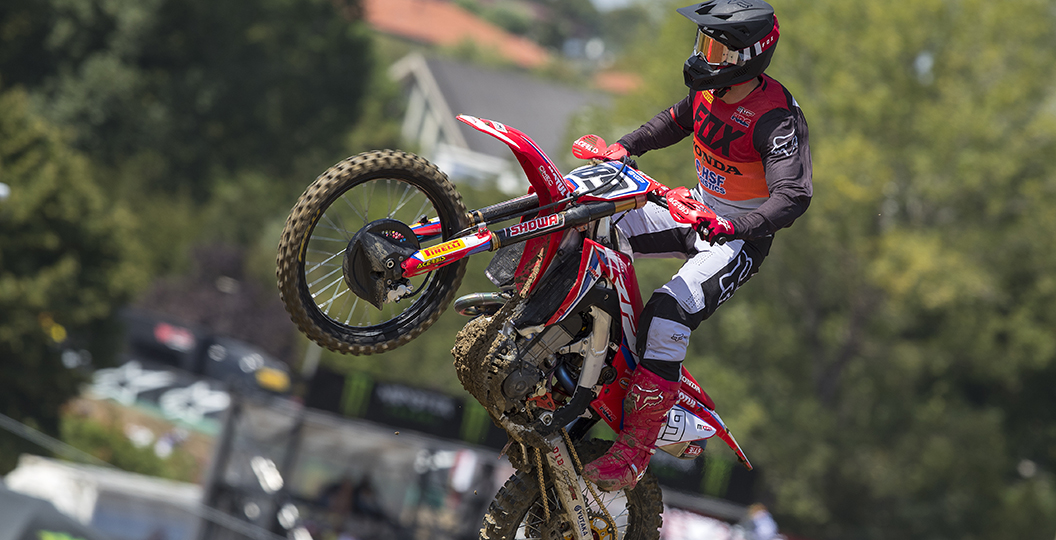 Brian Bogers had an injury scare when the Grand Prix contingent first visited Imola twelve months ago and was keen to get out of the road-race facility unscathed this time around. It did not quite work out that way, as he fell in the second stint and injured his shoulder. There is currently no word on the severity of the ailment but Bogers did release the following statement via HRC.

“Unfortunately the day didn’t go very well as I got fourteenth in race one. I just couldn’t find a good rhythm and struggled on this tight and technical Imola track. Then in the second moto I had a crash right at the beginning and hit my shoulder pretty hard. I tried to ride for a couple of laps but had to pull off and now I will get back to Belgium in order to get it checked out, to see if I can ride in Sweden or not next weekend.”

Bogers is yet to confirm whether the results of the check up were positive or not. but will be eager to race at a time where his future truly seems uncertain. Rumours indicate that he is knocking on many doors within the Grand Prix paddock with little success.