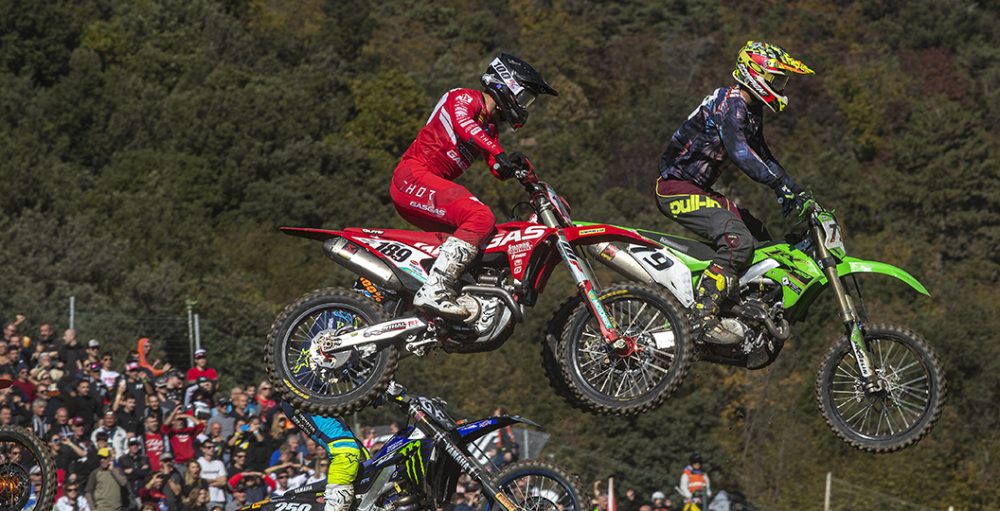 Attrition is slowly starting to take its toll on the MXGP division. First Calvin Vlaanderen moved onto the sidelines with a disc hernia in his lower back, now Brian Bogers will miss this weekend’s Grand Prix of Garda with an illness. Bogers has been battling health issues all week, making some of his results even more impressive, but he has now been an advised by a doctor to rest up. The following statement confirms his decision to skip round sixteen.

“Unfortunately I’ll not ride tomorrow at the MXGP of Garda. After feeling sick the past week and a hospital visit this morning with 39.5 fever the doctor advised me to take some rest the coming days. Mantova should be possible.”

Bogers did not look out of place at Wednesday’s Grand Prix of Pietramurata, as he raced to 11-8 moto results. The lower half of the top ten is where he typically resides, but he has appeared in the top five at points. Bogers has finished fifth in three motos this season (Oss, Kegums and Riola Sardo). Unfortunately, skipping the Grand Prix of Garda effectively ends his bid for a top-ten ranking in the championship standings.

Bogers is tipped to return to the Standing Construct outfit for the 2022 FIM Motocross World Championship, alongside Pauls Jonass.