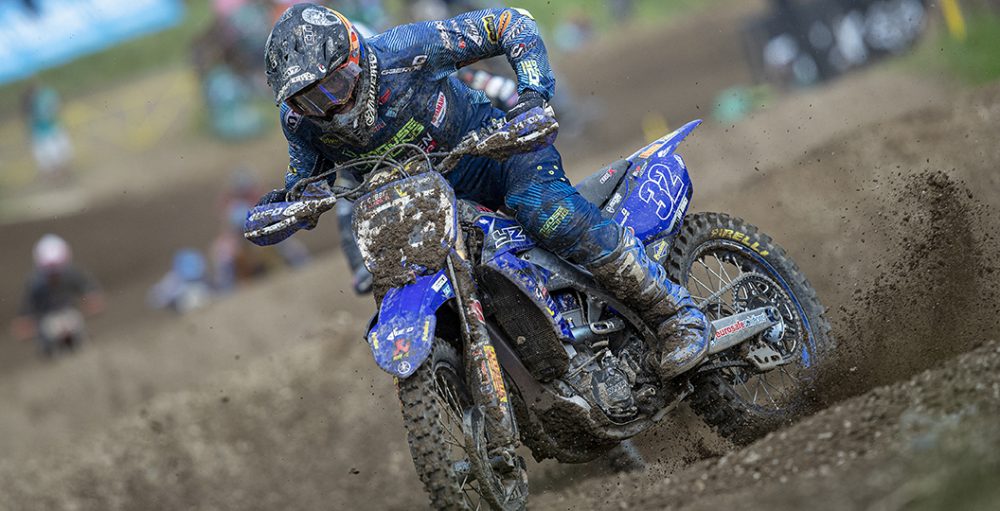 Gebben Van Venrooy Yamaha’s Brent Van Doninck was arguably the most impressive rider in the premier class early on in the 2021 FIM Motocross World Championship, but that momentum came screeching to a halt at the fourth round in The Netherlands. A hard fall in moto one left him battered and bruised. Medical checks revealed that there was no damage, but the pain was still too much for him to race at Loket over the weekend.

“I tried to ride but already during free and timed practice I saw that I was really painful and I could not push how I wanted. In the first moto I had a not so bad start but after a few laps the pain was just too much. I could not hold onto the bike and with the sketchy bumps it was so painful. I decided to pull out and I feel really sore now. I feel it’s only getting worse to be honest so I will go and get a second opinion from the doctor. I hope this week it will get better so I can ride at my home GP but we will see what the doctor says and what we will have to do.”

Describing the crash that has left him in such a state, Van Doninck said that he “hit the face of a jump with his back” in that first moto in The Netherlands. The strangest thing is that he finished ninth in the second moto at Oss, despite coming off of such a hard hit. “I feel it’s only getting worse” appears to be quite an accurate statement based on that knowledge. Van Doninck is now eighteenth in the championship standings and just 10 points from a position inside of the top fourteen.