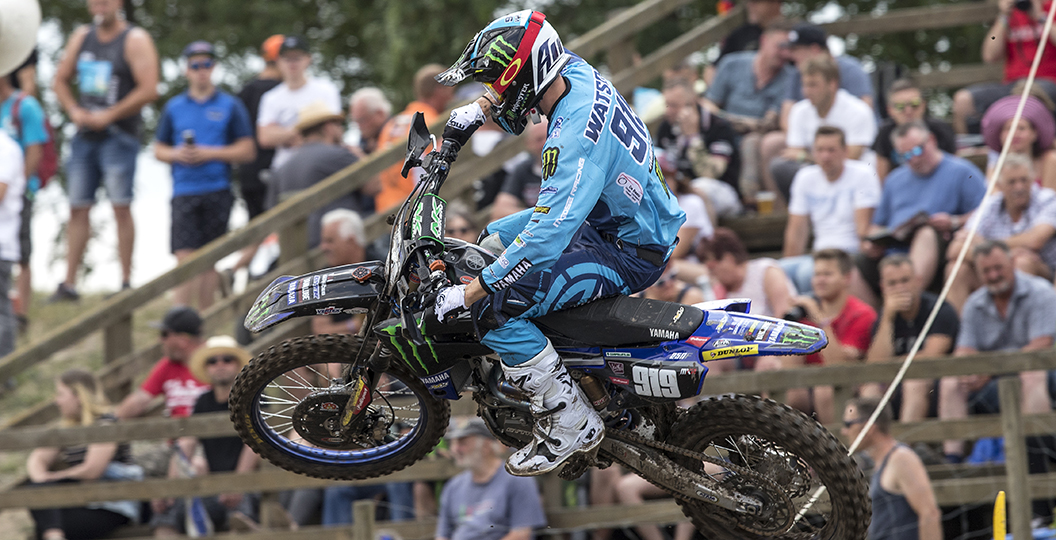 The MX2 class lost a contender when Ben Watson crashed and broke a metacarpal in his hand at the previous round of the 2019 FIM Motocross World Championship, the MXGP of Germany, but it seems as though he is going to be back on track sooner than anyone expected. MX Vice has learnt that Watson will be on the start line when the Grand Prix contingent take to the new track of Palembang in Indonesia next weekend.

After crashing in free practice on Saturday at Teutschenthal, Watson successfully underwent surgery on Sunday and is now prepared to give it a go at round eleven. Although he did not score any points at that German event, he still runs sixth in the MX2 standings and only trails the rider in fourth by thirty-eight points. Matching his ranking from a year ago is not unrealistic at all.

We’ll have more on this on MX Vice soon.