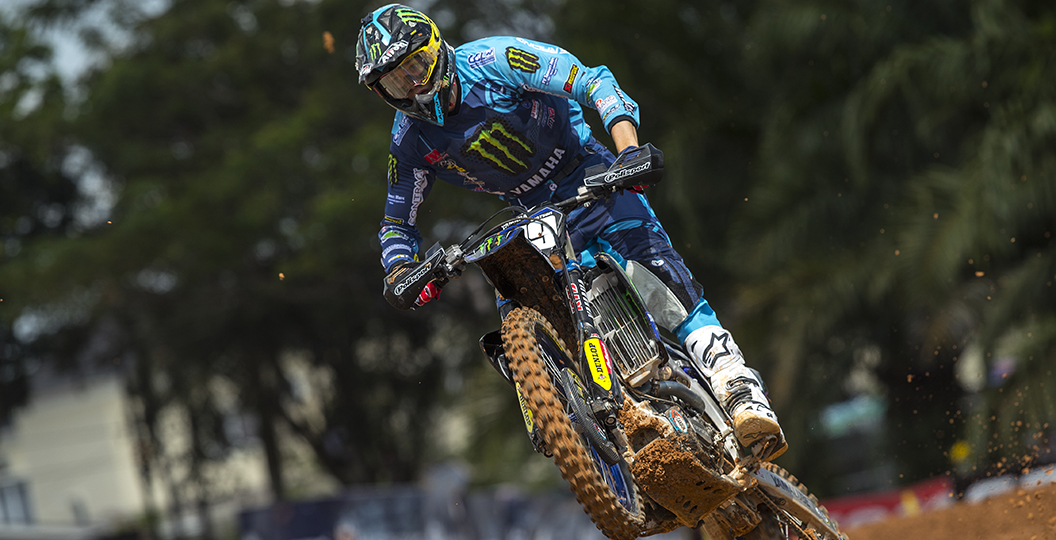 Following his withdrawal from the Grand Prix of Indonesia, Ben Watson has released a statement with details on everything that occurred at Palembang. The message can be found below.

“Disappointing day, after yesterday I really thought I would be able to do the same today and take some valuable points. Unfortunately my hand didn’t react good to a hard day on it yesterday and this morning it was inflamed and too much for me to be able to ride. I will take another week rest and try again in Semerang. Sorry to let everyone down again but I tried, maybe too early only 13 days after surgery! Big thanks to the whole team and for everyone’s continued support.”

Ben Watson travelled across to Indonesia in an attempt to contest round eleven of the 2019 FIM Motocross World Championship and salvage some points in what is a depleted field. The initial signs looked positive, as he charged on in the qualifying race and took a strong tenth, but things took a turn for the worse this morning and he was forced to withdraw from the Grand Prix.

“@BenWatsonMX was unable to start due to an increased amount of swelling and pain in his broken hand. He will be out for the remainder of the Grand Prix! An update on his return will be posted when available.”

Watson’s status for the next round, Semarang, is currently unknown, but updates will be added to this page as soon as more information becomes available.