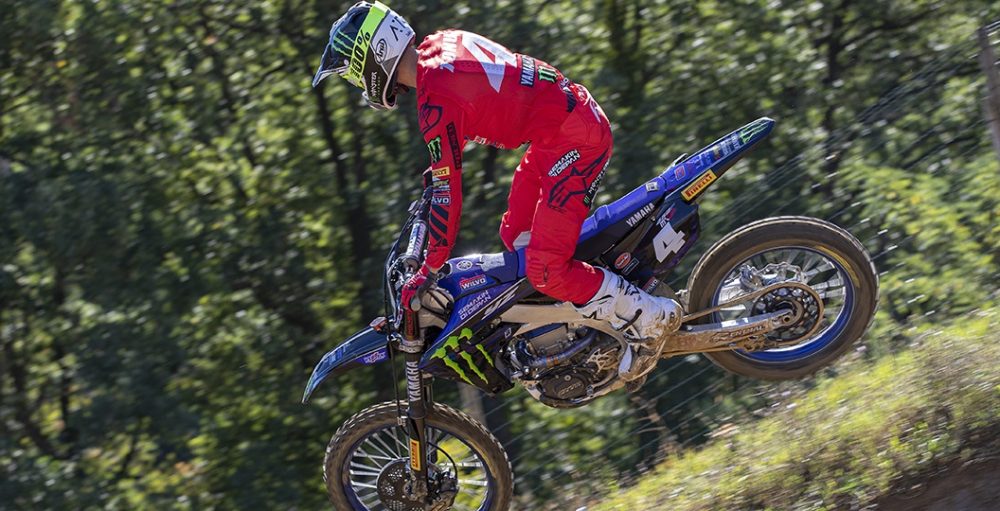 Arnaud Tonus is having a rough go of it in the 2020 FIM Motocross World Championship, and things went from bad to worse at the Grand Prix of Italy on Sunday. Tonus, who limped to sixteenth in the first premier-class moto and then crashed out of the second. It was actually thought that he had done significant damage to his ankle, but x-rays revealed that is not the case. The statement that he released, which can be found below, does not sound overly positive though.

“I had a terrible day. I messed up the start in the first race. I moved too soon for the gate, and then I had an issue with the rear brake. My start was better in the second moto but then I crashed on the first lap. Then I came back through the pack, crashed again and hurt my ankle. The x-rays have come back clear, so perhaps it’s a bad sprain? We will see how it goes and just hope for the best.”

Arnaud Tonus is in need of a new contract for the 2021 FIM Motocross World Championship, as Monster Energy Yamaha Factory MXGP has not yet announced their plans. Jeremy Seewer is the only rider under contract for next year. Tonus runs fourteenth in the MXGP championship standings after round six.