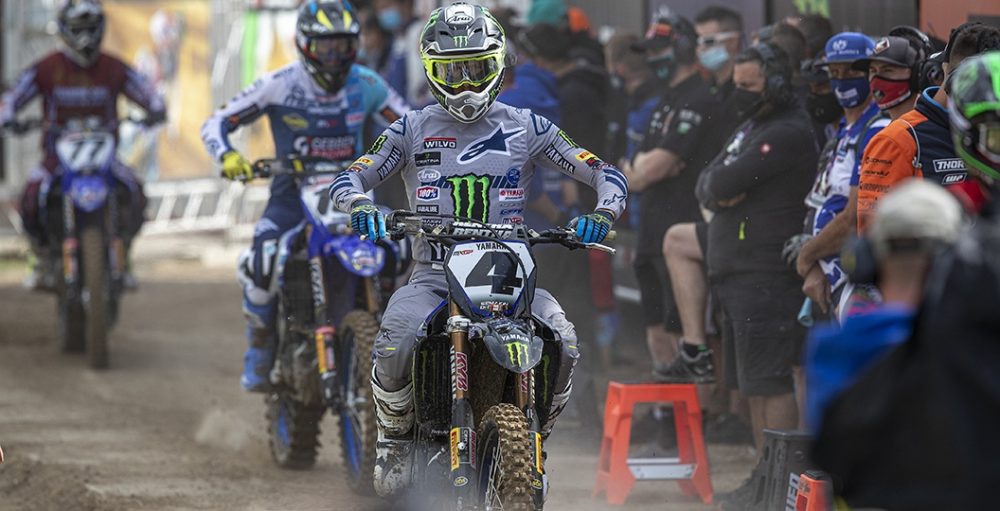 Monster Energy Yamaha Factory MXGP’s Arnaud Tonus will not participate in the next two rounds of the FIM Motocross World Championship that will take place on Wednesday September 30 and Sunday October 04 in Mantova, Italy.

Tonus sustained a minor concussion at the MXGP of Lombardia on Sunday September 27 during the opening race of the Grand Prix. The 28-year-old withdrew from the event, as a precaution, and did not take to the start for race two, instead heading home to Switzerland for further evaluation.

Rider safety is paramount and following the consultation with his doctor, Tonus and the Monster Energy Yamaha Factory MXGP team decided together that it would be best for the Swiss rider to withdraw from the events in Mantova as an additional precaution.

Over the next week, Tonus’ health will be monitored and his return to racing will be decided only after consultation. All updates will be posted on Yamaha Racing’s social media platforms when available.

Arnaud Tonus: “It’s a shame I cannot race. The plan is to have three days really easy to let the brain recover as much as possible and by the end of the week I will start some brain training to reactivate the system. Normally I should be able to ride in 10 days it will all depend on the symptoms and how I recover.”